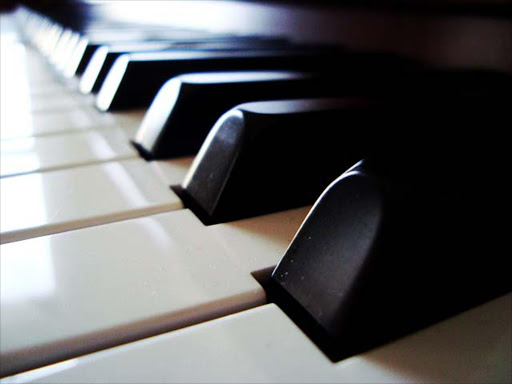 As a classically trained pianist, Phyllis Chen knew her way around a grand piano from a young age. But then she saw her first toy piano – and life took on a whole new dimension.

Toy pianos are child-size, some no bigger than a music box. And while they might be in the shape of a grand, they can be picked up by one person, possibly even by one hand.

Chen, though, realised the little instrument's outsize potential and before long she was joining the thin, but growing ranks of a toy piano subculture.

Her first encounter with this odd instrument was at a puppet theatre in Chicago. The mini piano was a set piece, in scale to the characters of the show. Then Chen, 33, walked up to it and played a note.

"I just touched the key and I just fell in love with the sound right away," she says.

She was 21 at the time and already something of an experimenter. For example, she was a fan of "prepared piano," which involves placing objects inside the body of the piano to change its sound.

The toy piano, with its quirky look and percussive, chiming tone, was a revelation.

"This can spark the imagination for people in a lot of different ways," she says. "It's an unassuming instrument. In a way, it's like a found object."

Toy pianos, also known as kinderklaviers, or children's keyboards, have been around in their present form since the late 19th century.

Albert Schoenhut, a German immigrant to Philadelphia who founded the famous toy piano manufacturer that bears his name, built his first model using child-resistant metal rather than the glass parts found in earlier toy pianos in 1872.

Children are the most obvious users of these tiny instruments. In the Peanuts comic strip, Schroeder is often pictured seated at a toy piano.

But they're becoming increasingly popular with musically adventurous adults. Chen guesses maybe 20 professional musicians perform on the toy piano as part of their contemporary music-making. Others use it in for movies and indie bands.

While parents and grandparents are still big customers, "orders from professionals have been pouring in," says Renee Trinca, who owns Schoenhut with her husband, Len.

Chen, who composes and is a founding member of the ICE (International Contemporary Ensemble), has also helped to promote the instrument.

The UnCaged Toy Piano composition competition she founded became a full-fledged festival this year with three concerts in Manhattan.

There, pianists like Margaret Leng Tan, Takuji Kawai and Chen herself tickled the mini ivories – actually plastic keys – for listeners who frequently smiled with delight.

"There's a whole new generation of young toy pianists now on the scene," says Tan, a longtime champion of the instrument who notes that 2012 will bring a world toy piano summit at the Philharmonie Luxembourg. "It has now become a new genre that's taken on a life of its own."

Chen's goal with her annual competition is to generate new music for an instrument that has been mostly overlooked by major composers, with John Cage and George Crumb being two notable exceptions. Cage's pioneering Suite for Toy Piano (1948) uses just nine notes.

Composer David Smooke, who chairs the music theory department at Peabody, performed a piece he wrote at the festival's closing concert. He says the toy piano is "exploding" in popularity, particularly over the last two years, in a similar way to the ukulele.

"I think people are looking for these instruments that are associated with childhood and nostalgia and trying to bring those to the forefront," Smooke says. "I'm kind of shocked at the number of people I'm finding all over the world who are getting into it."

Chen got serious about the toy piano at the start of her DMA program at Indiana University, when a bout with tendonitis forced her to stop playing piano altogether.

As she began to play again while undergoing physical therapy, she found the toy piano, with its small size and lighter touch, to be "rehabilitative." It also inspired her as a composer.

She has since released two solo toy piano CDs, and played toy piano as the featured solo musician for the off-Broadway show Coraline.

She still loves the instrument's singular sound, which has drawn comparisons to the glockenspiel, harpsichord, bells and even cell phone -- and which results from the metal rods, not strings, that are struck when keys are played.

It's a small sound – "intimate," says Chen – though it can be amplified.

Toy pianos come in a variety of sizes, and Chen's tiniest model has only 10 keys. But rather than feel limited by fewer notes, she says she feels freed from the centuries of tradition and myriad recordings associated with the 88-key piano.

"It's hard to feel like it's completely fresh, for me, when I play the piano," Chen says. "The toy piano feels a little bit more like it's being invented now. It's a language that's of today and there's no preconceived idea about it."