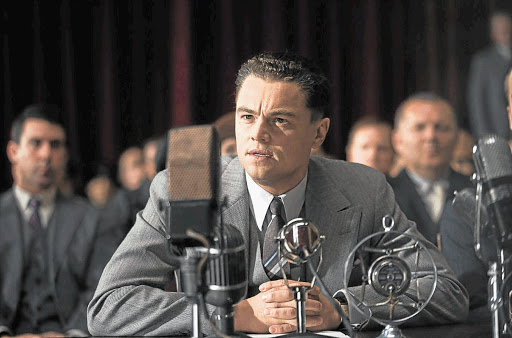 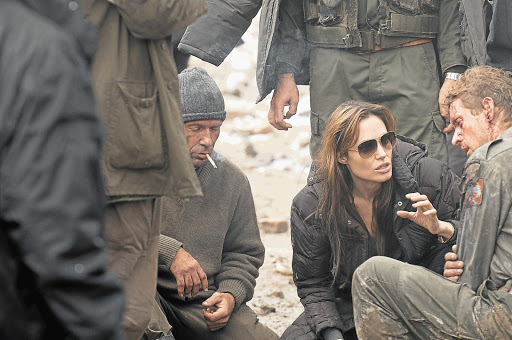 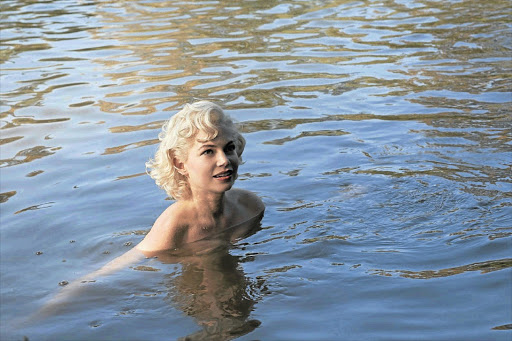 THE 2012 blockbusters and sci-fi movies will arrive only during the US summer season, so in the run-up to the Oscars the films we see are likely to be more about real people, issues, politics and powerful stories.

It's a brief interlude of artful reality and lucid social observation, after which Hollywood's current craze - the CGI, 3D, sci-fi epics - kick in.

My choice is My Week with Marilyn (Februay 17), a graceful, poignant story about what happened when the aristocratic Laurence Olivier (Kenneth Branagh) co-starred with Marilyn Monroe (Michelle Williams) in The Prince and the Showgirl. Monroe was a notoriously insecure and complex actress. Williams plays the troubled Monroe with luminous grace and the story is about how she formed a supportive bond with a lowly "gofer", Colin (Eddie Redmayne). It's impeccably acted by stars including Judi Dench, and elegantly directed by Branagh.

Clint Eastwood has become something of a Hollywood patriarch and his films are always interesting. J Edgar (opens January 27) was given only polite reviews in the US but there was high praise for Leonardo DiCaprio as the powerful and notorious FBI chief J Edgar Hoover. The suggestion that Hoover was a closet gay, infatuated with his assistant Clyde Tolson (Arnie Hammer), irked the US public when the film came out. Nonetheless, it offers a fascinating insight into the "corridors of power".

George Clooney follows his superb The Ides of March with a complex family drama, The Descendants (February 3). It's about a family of Americans living in Hawaii, descendants of a rich patriarch whose will instructed them that a huge swathe of land must remain untouched. The acquisitive family members want to overturn the will and erect a housing estate from which they will earn millions. It's family melodrama at its classiest.

Steven Spielberg weighs in with War Horse (February 24), inspired by the South African Handspring Puppet Company's stage version of a popular book. The story of a boy and his horse in the trenches of World War 1 is a powerful anti-war statement, but with a running time of more than two hours and a sombre theme, War Horse may drive audiences to find lighter fare.

Meryl Streep playing Maggie Thatcher: who doesn't want to see that? The Iron Lady (February 10) is told in flashbacks, by the aged prime minister looking back over her political life. Streep's performance is, as usual, perfect.

Tinker, Tailor, Soldier, Spy (March 9) is an impeccable film- version of the John Le Carré spy novel, with Gary Oldman giving the performance of his career as the quiet spymaster tracking a traitor in his organisation. In a similar "undercover" vein there is Rampart (March 2), a complex, tough-minded thriller that sees Woody Harrelson as an honest cop trying to expose a cabal of corrupt cops who worked hand-in-glove with gangsters to rule a crime empire in Los Angeles in the 1990s.

Based on a bestseller, Extremely Loud and Incredibly Close (March 2) is a poignant but harrowing story of a boy whose father died in the 9/11 attacks. All he has to remember his father by is a key. The child sets out to try to find what the key would unlock. A stellar cast, headed by Tom Hanks, Sandra Bullock, John Goodman and Max von Sydow, makes the film one of the most impressive we are likely to see in 2012.

The huge Cannes hit The Actor (April 6) is a silent, black-and-white melodrama about a silent-movie actor whose career is destroyed by the coming of the talkies. It's an epitaph for a lost era of film.

Angelina Jolie is getting raves for her direction of the feminist drama In the Land of Blood and Honey (April 13) and Roman Polanski re-enters the mainstream with Carnage (March 23). Based on Yasmina Reza's powerful play, it sees Kate Winslet, Jodie Foster, Christoph Walz and John C Reilly as two affluent New York couples who fall into conflict after a fight between their sons. It's a strong line-up of A-list talent, tackling big, serious themes, giving audiences a much-needed alternative to Hollywood's obsession with aliens, astronauts and futuristic blockbusters.

Sci-fi and comic-book heroes tend to come out later in the US summer. Batman is back in The Dark Knight Rises with Christian Bale in the title role. Ridley Scott is back in outer space with Prometheus starring Noomi Rapace, Charlize Theron and Guy Pearce. Andrew Garfield revives The Amazing Spider-Man.

Edgar Rice Burroughs, who wrote Tarzan, also had a fling with early sci-fi dramas, featuring his hero, John Carter. Well, he's made his modern film debut in John Carter, with Taylor Kitsch in the title role.

CGI-fi buffs will also enjoy the prospect of seeing two impressive, technologically enhanced epics. Star Wars: Episode 1 - The Phantom Menace in 3D (February 10) from George Lucas and Titanic 3D (April 6) from James Cameron have both been revamped with the latest sound and visual technology that is so advanced, it will be like seeing the films for the first time.