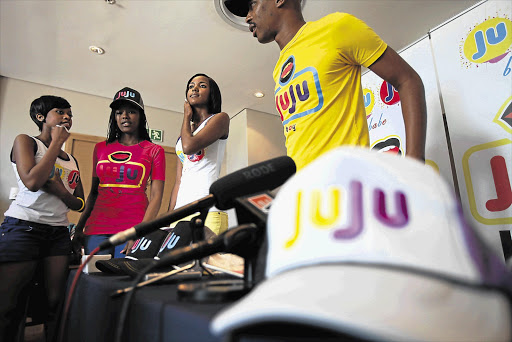 Designer Obakeng Ramabodu is unfazed about using the hot-headed Malema as his inspiration, seeing similarities between himself and the suspended youth leader.

He is not even embarrassed about unveiling a collection of 5000 T-shirts and 5000 caps made entirely in China.

Ramabodu has already earned the scorn of the SA Clothing and Textile Workers' Union, which labelled him "low-class" and a "back-stabbing opportunist" in December for producing the range in China.

"The label has nothing to do with the president of the ANC Youth League - Julius was only the inspiration.

"The label is my innovation. I identified a gap [in the market] and I used it. The time for dipping into government hand-outs is over," Ramabodu said.

Time will tell whether the gap truly exists, what with the saturation of the street-wear market brought on by the success of Loxion Kulca, Ama Kip Kip and DJ Sbu's Vandal Authentic Wear.

A cocky Ramabodu said he will launch the range in Malema's Limpopo province on February 11.

Asked if he had run his fashion range idea past Malema, Ramabodu said he had met his "muse" only once, in passing.

"I've never met anyone else who, when he speaks, 80% of the people listen. He's an inspiration. He pushes and I'm also pushing.

"Maybe he won't remember me - we're not friends."

He wants to bring revered designers Victoria Beckham and Versace to South Africa to help him shape his fledgling fashion career.

But Proudly South African CEO Leslie Sedibe, who attempted to put a damper on Ramabodu's plans last year, said yesterday: "Though we appreciate the challenges faced by young entrepreneurs in our country, we equally believe that the more we buy locally, and support the local textile and clothing sector, the more we invest in our economy.

"One of the spin-offs is that more jobs will be created when there's a greater demand for local goods and services."

But Ramabodu said that if his "friends" and the businesses he approached last year had backed his idea he would not have turned to the Chinese.

Though no retailer has agreed to stock his range, Ramabodu said he was already making deliveries for orders made through his Facebook page.

When journalists baulked at the prices, Ramabodu scoffed: "If you can wear a Jenni Button top for R700, then you can afford this."

Youth league spokesman Floyd Shivambu could not be reached for comment.