Die Antwoord gets freeky in US 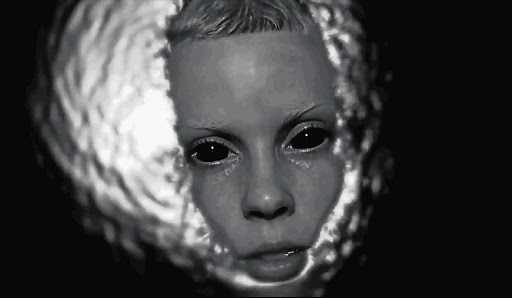 Music group Die Antwoord's Yo-Landi Vi$$er in a still from the video of 'I Fink U Freeky', directed by photographer Roger Ballen

NEWS that music group Die Antwoord were to be guests of US TV show host David Letterman last night, US time, was met with pride and apprehension on Twitter.

The appearance of the Johannesburg-based trio on the Late Show with David Letterman coincides with the launch of their new album, Ten$ion.

While some people compared Die Antwoord's performance in the US to that of comedian Trevor Noah on Jay Leno's show last month, others worried it would give Americans the wrong impression of South Africa.

One Twitter user called Werner said: "Goodness knows what international people must think of South Africans when they see this act."

Others found the news positive, referring to Noah's cameo, and mentioning Tsotsi actress Terry Pheto's stint with popular US soapie The Bold and the Beautiful, as a sign that local personalities had "invaded American mainstream TV".

The provocative nature of Die Antwoord's videos and songs seem to have resonated more with US music fans than locally.

Young American fashion designer Alexander Wang jumped on the bandwagon and convinced them to work with him on his guerrilla-style spring campaign. Last year's campaign was fronted by rockers Santigold and Spankrock.

But why has the self-styled "zef" electro-funk trio caused such a stir abroad when South Africans have been circumspect in their appraisal?

Critic of popular culture Charl Blignaut said: "It's hard to say why they've become so popular internationally, but South African youth culture is dark and dirty and the rest of the world is starting to see it. We're edgy and hardcore.

"Also, it's artists' job to get people speaking about our culture - so it's fantastic."

Blignaut said, however, he did not find Die Antwoord "shocking", but rather "cheesy" and "repetitive".

Die Antwoord's lead singer/rapper, Ninja, was quoted in weekend newspapers as having promised he would say what he wanted on the Letterman show because its viewers would not understand Afrikaans swear words.

On the show - on which actress Sarah Michelle Gellar and NFL Super Bowl's most valuable player Eli Manning of the champion New York Giants also appear - Die Antwoord perform their new song I Fink U Freeky.

In the video of the song, Yo-Landi is her typical self, with dead facial expression, singing: "I think you're freaky and I like you a lot."

The video features shock illustrations that would put Lady Gaga to shame and figures wearing snakes, outfits made from newspaper and masks, dancing to the catchy beat. The video was directed by acclaimed photographer George Ballen.