Katy Perry is one of five possible candidates to replace Destiny Child's Kelly Rowland on The X Factor, according to reality show judge Louis Walsh. 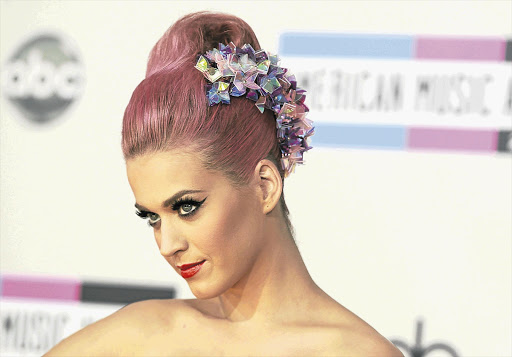 Walsh, who has been a permanent fixture on the show's judging panel since it began in 2004, let slip to Irish Herald that Perry is one of the favourites to take over from Rowland in this year's show.

NME reported he also revealed the identities of a further four candidates for the role. They are former Pussycat Doll and current X Factor USA presenter, Nicole Scherzinger, Spice Girls' Mel B, Anastasia and Sharon Osbourne, who was a judge on the first four series.

Louis Walsh told the paper: “These are the five people that they’re looking in terms of a replacement for Kelly. I’ve worked with Nicole and Katy before and I would love to work with them again, they were fantastic. Mel B has done the X Factor Australia and could easily do it in Britain as she knows the format so well.”

He added: "Anastasia has sold millions of records and is a big star and I would give anything to work with Sharon again."

Take That's Gary Barlow, Tulisa Contostavlos and Louis Walsh have already confirmed that they'll be returning for the ninth series of the reality show that launched the careers of Leona Lewis and One Direction.

Meanwhile, The Sun are reporting that Dannii Minogue is being considered to return to the show, after she dropped out of the programme last year.

Whoever they finally decide on will need to be announced soon, NME said, as auditions begin on May 15 in Cardiff.