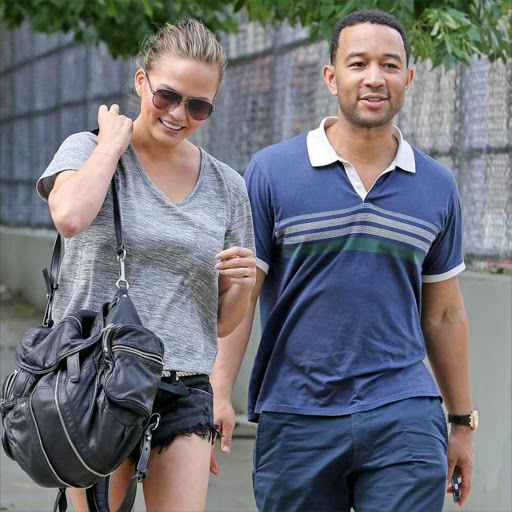 The couple celebrated a year since their marriage with a romantic vacation in Paris, and capped off the weekend with an outing to the Crazy Horse Paris cabaret show.

Posting a picture on Instagram of herself, her husband and some of the dancers, Teigen wrote: "Took John to see other boobs for our anniversary to make up for the 364 days of the year I'm insufferable.

"PS they are insanely talented and not just boobs."

And the couple - who have shared a number of pictures of their break in France, including selfies in front of the Eiffel tower - later enjoyed dinner at a local restaurant, though their romantic mood was tainted when a former conquest of the All of Me star came over to say hello.

Teigen tweeted: "My favourite part about my anniversary dinner was the girl who came to our table who john used to bone and also the sea bass.(sic)"

The 28-year-old beauty recently admitted she and her 35-year-old spouse are desperate to start a family and want lots of children.

She said: "I swear to you, I thought I would've had one by now. So, hopefully we'll just have this Angelina-Brad-type brood. I would love that ...I definitely want a lot of kids, though, and he does as well."