Khanyi Mbau has the most watched TV talk show in SA 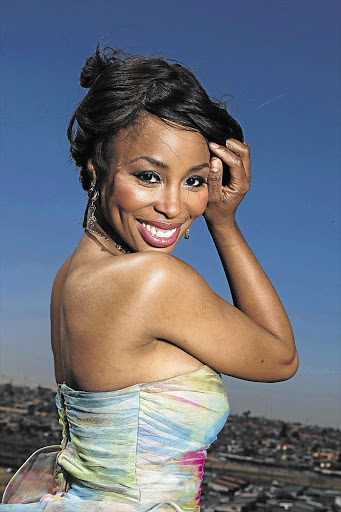 'Katch It With Khanyi' which previously aired only on eKasi+ was promoted to a prime time slot on eTV recently, making it South Africa's most watched talk show.

Exclusive interviews with celebrities who have juicy tales to tell of the entertainment industry and tidbits of their controversial lives is seemingly what 785 000 South Africans want.

According to TVSA, Khanyi Mbau's talk show, Katch It With Khanyi tops the list of the most watched TV talk shows in the country as of late September. In second place is SABC 2's Motswako with 753 000, Vusaseki with 687 000, Eksê: Let's Talk with Masechaba Lekalake at 567 000 and Sabc 3's 3 Talk with Noeleen Maholwana Nomasanquat 406 000.

Mbau debuted her show last year on Open View HD's eKasi+ channel. Although there are no statistics available for how the show fared there, it was renewed for a second season which is currently showing on the once off pay channel. Monde Twala, e.tv Head of Channels said Mbau's tell-it-like-it-is attitude was a draw card.

“Khanyi Mbau’s open book policy about her life in the spotlight is a mechanism she will use to get her guests to open up about their lifestyles. Celebrity guests and the like will be able to relate to Khanyi,” he said in a press release.

Speaking to a monthly magazine, Mbau said her show was different because she was not afraid to delve into the uncomfortable.

“I will use my own experiences to relate to my guests. For instance, in the case of someone like Mandoza, I know what it’s like to lose a car. I know the challenges that celebrities face because I have been there myself. We’ll explore things that no one really wants to talk about…the lingering elephant in the room.”