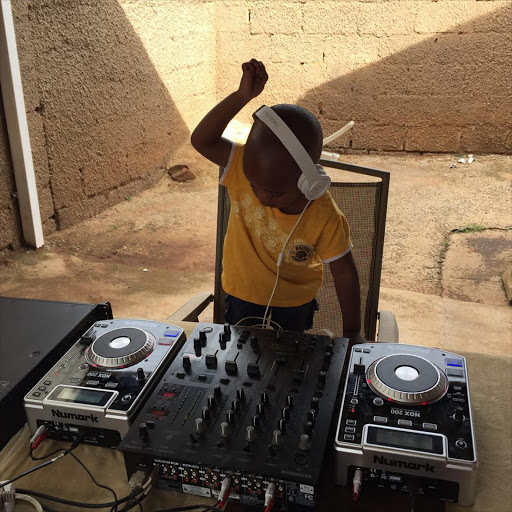 DJ Arch Junior on the ones and twos.
Image: Via Facebook.

Two-year old Arch Junior is already making a name for himself as a house DJ who is mastering his spinning skills. The toddler was awarded a bursary to study the Soul Candi 101 course with Boston Media House College recently.

His father, Glen Hlogwane said he realised his son had an ear for music at an early age.

Hlongwane told Pulseradio.net that Arch Junior started mixing on his iPad with the use of a vinyl app. He added his son had already mastered a few skills.

"I think he has mastered his timing towards his music, when to fade out and bring it back whilst hitting the effect button, he also loves messing around with the bass as well, turning it on and off, all done with perfect timing as if he was long in the industry, now he is able to switch on his own machines, put CD's in and start DJing, so he has learnt a lot for someone his age."

Arch is becoming something of a social media sensation - he has 4000 likes on his official Facebook page and is followed by renowned DJs such as Cleo, Fresh and Merlon on Instagram. He has also put down five tracks for his mix tape.

See him on the decks below.