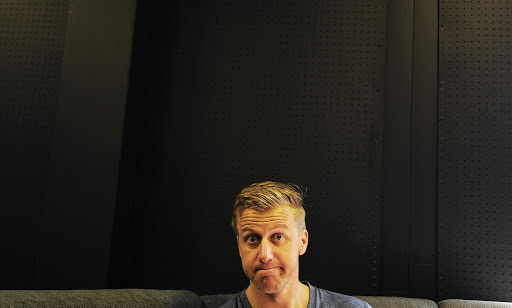 Gareth Cliff is currently in court fighting M-Net for his job on 'Idols' after responding to Penny Sparrow's statements calling black people monkeys by talking about Free Speech.

This is not the first time the radio and TV personality has said something controversial in South Africa - and we decided to count down his five greatest hits.

“The people in Polokwane are charming, but not talented. There is one person from ‘Poloks’ among the finalists, all that driving and stuff – never again.”

According to IOL those words convinced the ANCYL to call for his sacking - in 2011.

“The youth must not be defocused and demoralised by Mr Cliff and others like him,” says ANCYL provincial secretary Jacob Lebogo, “the future of young aspiring artists lies in the lazy hands of a madman.”

In 2012 The Broadcasting Complaints Commission of SA has dismissed a complaint against Cliff for calling a woman a "bitch" on air.

According to them when he addressed a female caller as "Dear Bitch" on 5FM's Breakfast Show, he was doing so in a "playful and melodramatic manner."

While the complaint was not upheld, 5FM was cautioned that repetitive use of the word should be discouraged.

3: On the Rhodes to nowhere

"I like the fact that King Shaka has an airport named after him. That doesn’t mean I have to like King Shaka. Cecil John Rhodes may have been the most successful imperialist agent of Victorian Britain, but his contribution to history (let alone education) is unquestionable."
-Cliff Central

UCT Rhodes Must Fall put it relatively succinctly on Facebook

"Gareth argues, as many white types seem to be doing, that if we start tearing down symbols then we should tear down the new statue of King Shaka as well. While Shaka was his own kind of bastard this argument is ridiculous.

"To put it simply, if Shaka had colonised Europe and we were debating taking his statue down in Leicester Square, while his descendants still earned on average 6 times the native British people, and their children were being educated in the language of the conquerors, then we can start comparing. To pretend otherwise is effectively historical denial."

Who's paying for this massive funeral for #SenzoMeyiwa ?

Sports minister Fikile Mbalula responded to this tweet by asking “Who paid for Verwoerd funeral?And who paid for PW Botha's funeral? It is the state, did they deserve it?... we never asked because we respect the dead (DD)."

1: Penny for your free speech

Which brings us to the Sparrow controversy.

Sparrow said of holiday crowds at Durban's coast: “These monkeys that are allowed to be released on New Years Eve and New Years day on to public beaches towns etc obviously have no education what so ever and to allow them loose is inviting huge dirt and discomfort to others”.

She added: “From now I. Shall address the blacks of South Africa as monkeys as I see the cute little wild monkeys do the same pick drop and litter.”

Cliff responded to the ensuing outrage on Twitter by saying: "People really don't understand free speech at all."

Cliff later apologised for his insensitivity, but M-Net decided to sack him anyway. Now he has taken the broadcaster to court, saying that by sacking him they damaged his reputation.