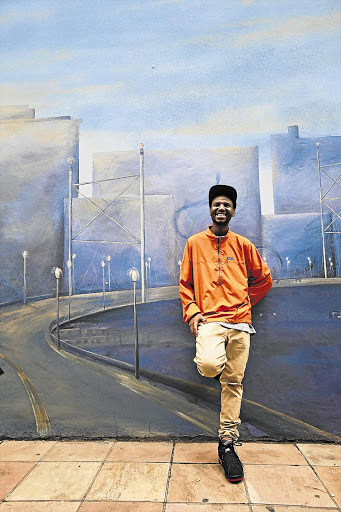 AMBITIOUS: Okmalumkoolkat says making money is the best way to see if an idea is working or not
Image: DANIEL BORN

Rapper Okmalumkoolkat is back in South Africa after serving a one-month jail sentence in Tasmania, Australia, following his guilty verdict of indecent assault and assault with indecent intent.

The 32-year-old had been jailed for sexually assaulting a fellow artist as she slept in her hotel room in Tasmania, after performing at Hobart’s Mofo Festival.

He had apparently entered her room through an external sliding door, which she had left open. She awoke to find him in her bed, kissing her neck and rubbing his hands over her private parts.

In a statement he released late Monday, Okmalumkoolkat, real name Simiso Zwane, spoke out for the first time about his ordeal and apologised to his fans. He promised to “explain the events as they happened from my perspective.”

Here is the full statement:

“I am writing this letter to my fans as Simiso Zwane, not as Okmalumkoolkat. I say this because it was Simiso Zwane who was out there in that Tasmanian prison.

“I have had time by myself to reflect on things most important to me and I am working through everything. I have served my time in jail in another continent and have endured hardships of the sentence that was handed to me. I would like to move on with my life.

“I am sincerely sorry to everybody who has been affected by this. I pleaded guilty for a number of reasons, one of which was that I was in a foreign country and was advised by legal aid to do so.

“I hope the public and my fans will accept that I will one day, in my own way, explain the events as they happened from my perspective.

“This hasn’t just affected Okmalumkoolkat, but it has affected Simiso Zwane, my who family, my friends and my team who have realised the fact that I am also human. I would like to thank everybody that stood by me and have been really supportive. I sincerely appreciate that.

“Lastly, I would like to ask the media and all those who have opinions on this issue to respect my privacy and the privacy of my family and friends. I ask everybody that I need time to process, heal and move on with my life and career in the best way possible.”

*This story has been amended to clarify the charges against Okmalumkoolkat. An earlier version said he had been found guilty of sexual assault. This is incorrect. He was found guilty of indecent assault and assault with indecent intent.