The wife of popular actor Patrick Shai has again lifted the lid on the abuse she suffered at the hands of her husband, in an attempt to motivate other abused women to speak out. 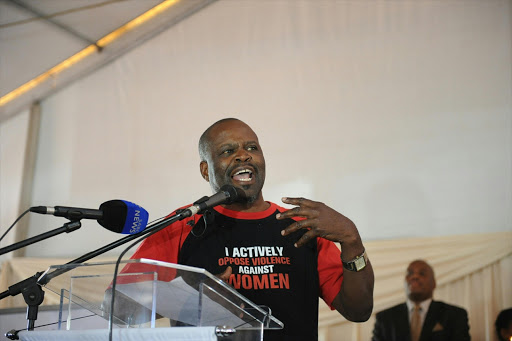 Talking to Move! magazine recently, Masechaba Shai said that she spent decades living in fear of her husband.

However, today Masechaba is grateful to God that Patrick is a changed man and is once again the man she fell in love with in her younger days.

Remembering a very dark time in her life, Masechaba explained that the abuse started when Patrick's acting career took off.

"He would call me horrible names which left me crippled emotionally. Patrick turned into a monster when he was under the influence of alcohol. I could not believe that the man who loved me would say such words to me," she said.

As the abuse increased, it soon turned physical.

Only for Patrick to wake up the next morning, apologise to her and promise never to do it again.

Masechaba added that she kept the abuse a secret for years out of fear.

Patrick started changing after being cast as an abuser in the popular drama series Soul City in 1997.

Masechaba said he saw himself in the character and went for counselling.

In time he also started giving motivational speeches about abuse and started a non-government organisation to help abusive men, called Khuluma Ndoda and is a changed man today.