WATCH: Burna Boy explains how he met bestie AKA

It's one of the continent's biggest bromances, but how exactly did rapper's AKA and Burna Boy meet? Burn Boy explains. 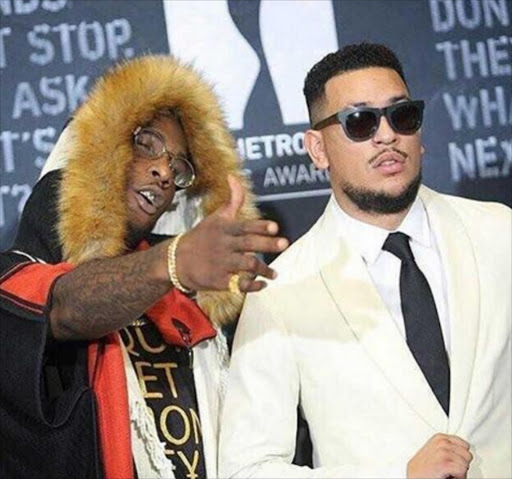 Despite being on nearly opposite ends of the continent, the pair have forged a strong bond that has seen them go beyond the studio to having boxing lessons and even ice-cream dates together.

It's a friendship that is the envy of many in the industry and, according to Burna Boy, it all started when AKA's camp hit up Burna Boy's to ask for a collaboration.

"I didn't even know AKA personally at the time (of All Eyes on Me) but we knew of each other and we liked each other's music but we had never really met. He called my manager and sent me a beat for his album and a couple of hours later I sent it back. That was it, and we just became brothers," Burna Boy told popular UK music show Factory 78 this week.

The Nigerian artist has spent enough time in AKA's home country of South Africa that he has come to refer to it as his second home. He is popular in Mzansi and even once posted a video of himself having to be escorted out of Newlands East in Durban, after being bombarded by fans.

He explains what it is about the country that made him fall in love with it.

"South Africa is a place where they've been through a lot so their souls are very deep...so me coming from Nigeria and them identifying that soul in the music made them hang on tight," he said.

Check out the full interview below.