A slew of Twitter users have come out in support of Florence Masebe, after she was criticised by an internet troll, who maligned her natural hair, claiming that she does not comb it, and therefore resembles a "hobo look." 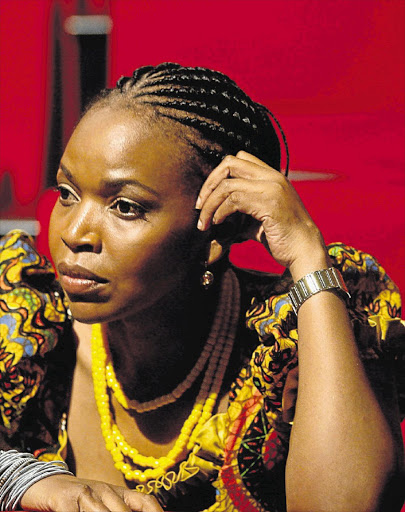 BLESSED: Mandela made sure Florence Masebe's hospital bills were paid after she was shot outside her home in 1999

Not taking the criticism lying down, Florence hit back at the Twitter user, who goes by Jesse R.

An angered Florence went on to lash out at the user.

"Next time I’ll drag people to Venda and back. Le a ntlwaela [You are disrespecting me].”

Subsequently, this spawned a social media stir among users and fans of the actress, who started sharing images of their natural hair, in an effort to denounce attacks against men and women who don't use commercial hair products or put on wigs and weaves.

"What offended me further was her carrying on to say I must love myself. So to her a comb = self-love?" Florence continued, before the hashtag #HoboKeMmao [Hobo is your mother] made it's way on to the Twitter trends list.

"Pat your weave and nurse your fried scalp. Just stay out of my hair. Thanks," Florence added.

I'm not my hair #hobokemmaopic.twitter.com/dqK6PRP0KQ

Natural hair is beautiful. And if you think otherwise, then #HoboKeMmao. Thanks for the hashtag @flomasebe ✊❤ pic.twitter.com/DUz0dRjhFc

My sister and I, we don't own a comb #KeepYourComb#HoboKeMmao@FloMasebe ✊ pic.twitter.com/BcKlQRCCOy

#WhenWeAreFree we won't have to explain our hair or ourselves! #hobokemmaopic.twitter.com/2ikGttvFy3