The family of racing car driver Gugu Zulu is still grappling to come to terms with his untimely death on Monday morning, after attempting to climb Mount Kilimanjaro. 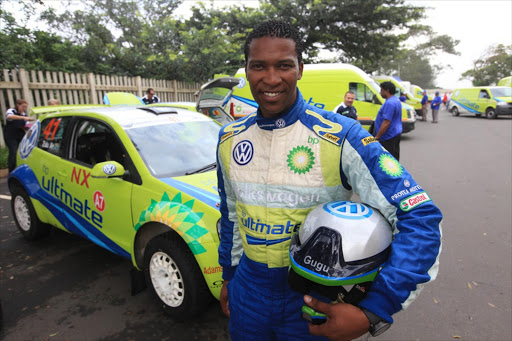 While thousands of fans across the country are mourning an icon who touched the lives of many through his contribution to sport- his family are mourning the loss of a son, husband, father and brother.

Speaking for the first time since the death of Zulu, his parents have praised the impact their son had on people.

In an interview with eNCA Zulu's dad, Peter Zulu, said that the family take solace in knowing the athlete died doing what he loved.

A shattered Peter recalled his final moments with Zulu before the athlete left for Mount Kilimanjaro.

"He came to see me, and he said, 'dad you are not looking good.' I got up and gave him a hug to give him that assurance that I'm okay, and to say just go to Kilimanjaro and do it. I was expecting him back."

Zulu's mom, Puleng said that he has been a "gift from God."

"God gave us a gift. The impact that Gugu has made to the world, I think we should thank God for his life."

The 38-year-old rally driver died while attempting to climb Mount Kilimanjaro as part of a Trek4Mandela expedition to raise funds for sanitary pads for more than 350 000 impoverished girls.

Ever since news of Zulu's death emerged friends, family, political dignitaries and high-profile personalities have come out to pay tribute to Zulu, and the impact he made to the sporting fraternity, and peoples' lives.

The family have on Friday confirmed that Zulu's body has been brought back home from Tanzania along with his widow, Letshego.

A memorial service in honour of Zulu will be held at Kyalami race track on July 26, which will be followed by a funeral service on July 28 at Rhema Bible Church.