Rapper Nasty C has come out to set the record straight over questions about his impending deal with Jay-Z’s music management label Roc Nation, after it was announced on Thursday that he has signed a new record deal with Mabale Noise Entertainment (MNE). 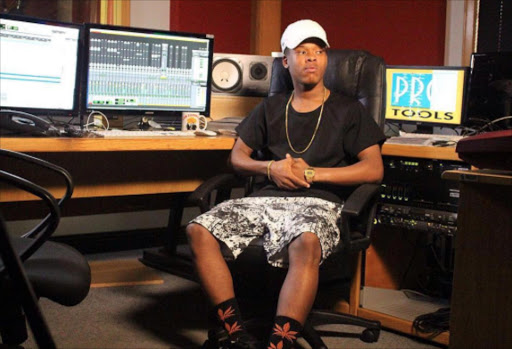 This comes in the wake of swirling reports, which surfaced in May, claiming that the rapper was in talks with Roc Nation about possibly signing under its stable. Speculations went on to suggest that he had a meeting with the label's representatives in the US.

However, he has since set the record straight, pointing out that he was approached by MNE at the same time that he was having recurring discussions with Roc Nation.

"We never really got to meet in person with Roc Nation, we were just communicating everything over the phone and were trying to work everything out," Nasty C told The Citizen.

"[MNE] came through, and they were open to doing whatever we wanted to do with the deal. We had a couple sit-downs and talked it through; everyone met halfway," he added.

Nasty C is among a string of artists that has been recently added to MNE's roster. A month after getting Riky Rick under their belt, MNE announced that they have now signed Major League DJz, Gigi Lamayne, Pro (former Pro Kid), Zakwe and Zola as well as radio and television personalities such as Khanyi Mbau, Kay Sibiya, Letoya Makhene and Mbali Nkosi.

"I’ve always been one for changing the game, and for us to meet with that mutual interest, and for them [MNE] to assure me that they’re backing me like that, I felt like that was a good move for us," the Hell Naw hitmaker revealed to the local publication.

Speaking to TMG Entertainment previously, Nasty C explained that Roc Nation would need to bring something special to the table to tempt him to sign a record deal with them.

"I don’t want an average Roc Nation contract. I don’t want a set standard record deal. I want something different. I’ve seen the language they use in contracts and I’ve seen enough people get blindsided so I’m cautious about contracts. Maybe I’ve just got my guard up," he said.

According to Nasty C, MNE will be responsible for distributing his upcoming debut single, Bad Hair, which is reportedly set to be released in September.