Former YFM DJ Mantsoe Pout gets a night show at 947

It's official! Radio personality Mantsoe Pout has scored herself a night show on 947. And, as you know, anything can happen at the night show! 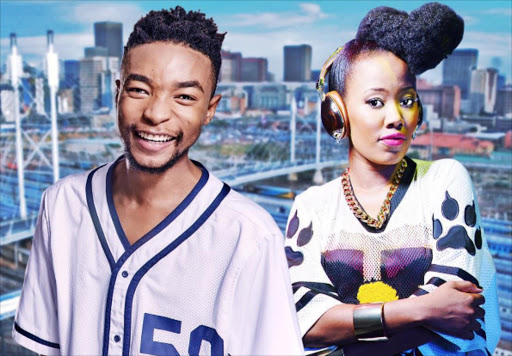 In a series of fresh changes announced by the station on Wednesday, the former YFM morning drive time host was unveiled as a co-host on a new show with Zweli Mbhele called The Night Show on 947.

The show will air Monday to Thursday from 7pm to 10pm.

The pair have taken over the slot from popular duo Greg and Lucky, who have scored themselves a lunchtime slot from 12 noon till 3pm.

They will also be taking over Greg and Lucky's weekend Shazam Chart show, with the chart being moved from Sunday afternoon at 4pm to Sunday morning from 1oam till 12 noon.

Reflecting on her move to 947 in an Instagram post this week, Mantsoe described the change as both scary and exciting.

"When I received a call from 947 after leaving Y, I had no clue it was for such a beautiful day. Joining 947 was the scariest and most exciting move I've ever committed to and I'm glad I jumped for it," she wrote.

The station has also announced that Zama Dube will be hosting early breakfast on weekdays, from 4am to 6am.

“We’re very excited about these changes, not only because we feel these presenters are the very best contenders to host the shows, but also because it shows the value of investing in the development of young, new talent,” said 947 station manager manager Ravi Naidoo.