How well do Bonang and AKA know each other? 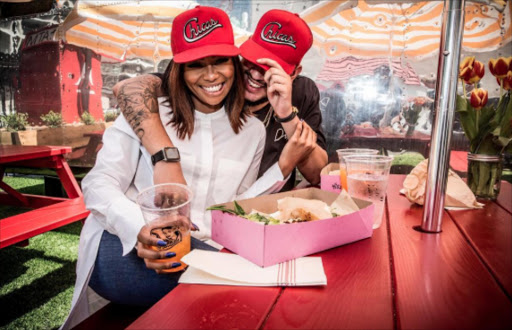 Ever since they were first rumoured to be dating‚ AKA and Bonang Matheba have kept a lid on their romance. But as time goes by‚ the pair are become more open about their relationship. Hurrah!

This time around, they revealed how well they know (or rather, don't know) each other when they were put to the test during a recent interview with YOU magazine.

Looking all loved-up, the pair seemed to have fun (and a bit of difficulty) answering questions about each other, such as their favourite colours, holiday destinations and whether they prefer tea or coffee.

However, what had us in stitches was when Bonang was asked if AKA prefers summer or winter, to which she quickly responded: ''He loves summer," and when AKA made a gesture to suggest that she is incorrect, she covered it up in the most adorable way.

''He loves winter as well. He is a lover of weather. Weather's great!" she said.

We also discovered that Bonang sometimes sleeps in AKA's briefs, and that she steals all the sheets when they're in bed.

But the most charming thing is when the pair admitted to being each other's celebrity crushes. Aw!