Flames! Mfundi Vundla describes how he fired the Generations 16: I said no, bullsh*t 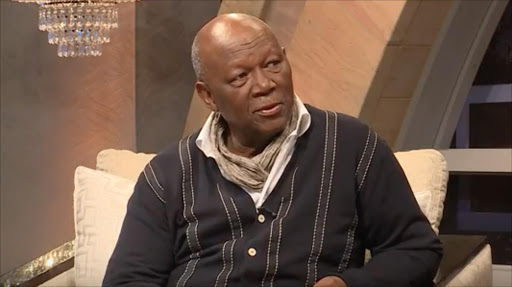 In August 2014 16 actors from Generations were suspended, to be fired later, after they boycotted the show claiming numerous grievances.

While Generations: The Legacy, a rebooted version of the mothership is battling to find its feet, somewhat solid ratings have allowed it to stay the distance.

In the line of fire the 16 actors took aim, repeatedly, at Generations creator Mfundi Vundla.

The TV bigwig has detailed to Anele Mdoda on her talk show, Real Talk, his version of events leading up to all the drama.

He says that the first time he knew that something was amiss, Sophie Ndaba spoke to him at The Maslow hotel. Despite the conversation, Mfundi admits that the issues didn't seem to be a cause for concern.

"I indicated this (the meeting) to my business partners. It didn't look like it was going to be anything serious. As it built it became clear as to what the problem was. The problem was the issue of royalties. And the food and the hours - which kinda confused issues."

Mfundi says that despite numerous complaints the big gripe was royalties and the fact that they hadn't been paid.

I refused to be used, says Mfundi

"They were not getting their royalties paid by the SABC. The thing is, that's an issue with the SABC, not Mfundi Vundla. I do not pay royalties. Their strategy was make it Mfundi Vundla's problem."

And that's when he got angry.

"I refused. I refused to be used that way. It's your issue as actors 'go and fight your issues.'"

He says that the issue of contracts also came up. In essence, actors wanted a 3-year-contract, saying that month to month agreements made life unstable. At the time, some of the 16 gave accounts of how they had battled to pay medical expenses and were never certain of a permanent salary.

"I got (a 3-year-contract) I said no, bullshit. I cannot give you a 3- year-contract. Because what happens if you are a lousy actor or I run out of story ideas? I should have the liberty to write you out. "

Mfundi took his time to answer Anele's questions, carefully presenting what he had to say.

Detailing the exact moment that the workers went on strike, Mfundi described it as "unprofessional".

I fired the whole lot

Mfundi says that he left to Lake Michigan on holiday. "I sat with my team and 'now what are we gonna do?'

"I had to follow the process. Emails were sent and I said they had to be back by a certain date. And then I fired the whole lot. With all of this craziness going on I went on holiday. I thought 'I'm not gonna stick around here."

But he says the craziness followed. Mfundi says he got a message from Vavi (Zwelinzima) but he was not impressed. "I told Vavi to get lost."

After returning, a new show was conceptualised and Mfundi insists that his primary responsibility is to the audience.

"I have to entertain. That's my job."