Celebrity couple Nonhle Ndala and Andile Jali pulled out all the stops to make their daughter's first birthday party one to remember. 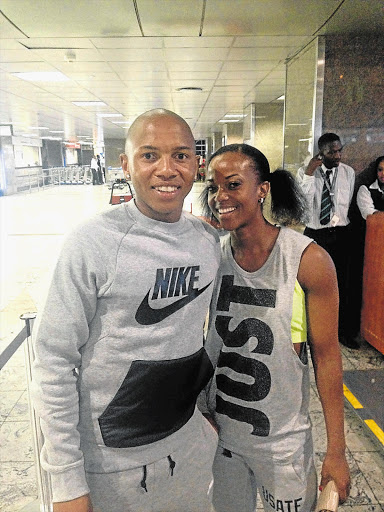 But the lavish affair has quickly become a talking point on social media, with users criticising the doting parents of 'flaunting their money.'

Amahle's first birthday party was nothing short of spectacular with a three-tiered birthday cake, breathtakingly beautiful flower arrangements, regal table settings, and gourmet cuisine made by chefs from Signature Restaurant, who set up shop at the Jali's home for the duration of the party.

Nonhle even hired the services of an events coordinator to make sure that 'her vision' was brought to life.

And of course Nonhle couldn't wait to share pictures from the special day.

While some users have been left flabbergasted by the flashy affair, others have taken to the comments section of Nonhle's Instagram account to criticise them.

One user pointed out that such a flashy party for a one year old was just a waste of money, while another person said that parents should teach their kids how to be more money wise.

This led to Nonhle's fans jumping to her defence, saying that she and Andile could do whatever they wished with their money.

Nonhle chose to ignore the negativity but did reveal how much the party meant to them.

"I poured my heart into it, just pure love and appreciation of the journey that led us to this moment," she said.