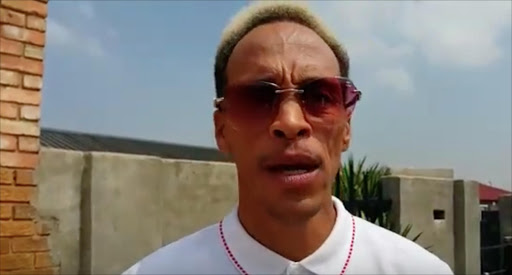 As the nation struggles to come to terms with the death of kwaito legend Mandoza shocking details about the music icon’s lengthy wait for an ambulance have emerged.

Speaking to TMG Entertainment outside Mandoza’s family home in Pimville on Monday, his manager Kevin Ntaopane claims that Mandoza’s family allegedly waited hours for an ambulance to arrive.

“I didn’t want to mention but it calculated to more than three hours, because when she (Mpho) called me, she said that ‘I’ve been waiting since this morning’,” he said.

Ntaopane added that Mpho was in a flat panic when she called, saying that things “weren't looking good".

Mandoza’s manager went on to explain that he rushed to the musician's family home, loaded the sick star into his car, and sped off to the hospital.

He added that Mandoza’s family were left frustrated by the lengthy wait for an ambulance. “The frustration I saw in them... I didn’t even want to look in their faces.”

“We were 3 minutes away from the hospital and he passed away. But we fought, we almost caused an accident trying to get him to the hospital,” said an emotional Ntaopane.

Mandoza’s manager and close friend fought back tears as he recalled how the star died in his arms.

The Nkalakatha hitmaker died on Sunday  after a long-standing battle with cancer. The star’s family released a media statement earlier this month confirming that doctors had detected a tumour in his brain, but were hopeful that he would make a full recovery.