MUST READ: Danny K pens emotional tribute to his friend and hero, Mandoza 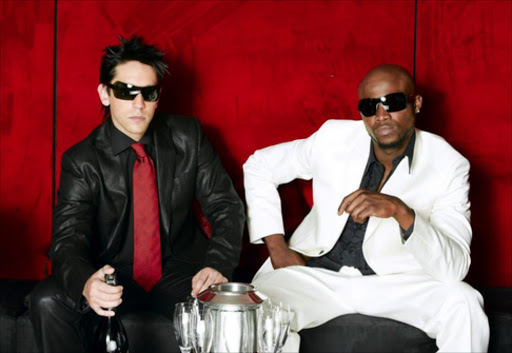 He wrote this touching testimony for South Africa's top dog:

Once in a while arrives an artist that manages to transcend colour, culture, language or bias. In my lifetime I can't think of a better example of this than Mduduzi Edmund Tshabalala aka Mandoza.

I grew up a white middle class kid, from a family who loved "black music".

Motown RnB played in my house 24/7, but so did the South African greats like Ladysmith Black Mambazo, Lucky Dube, Bra Hugh and Stimela.

I was fortunate enough to be taught that music is for everyone, and that no one can tell you what you should or shouldn't be listening to. But for many of my school friends it just wasn't the case.

That all changed with the arrival of a signature Gabi Le Roux distorted organ bass line underneath the growling lyric…Nkalakatha!

Within the first 3 seconds you were hooked and your body and soul just couldn't resist it. We all had that feeling. At a wedding, a sports match, a boring corporate event -  that was the track that could set the room alight.

Mandoza was that song, and that song was him. Powerful, courageous, energetic, raw, fun and most of all, kasi.

He did for South Africa what every politician was trying to do, but he did it without rhetoric or agenda. He managed to unite us with music. We forgot about our preconceived ideas of what music we liked, or thought we liked. What we should or could be listening to. He bought us together without even trying, and that is why he succeeded.

My first experience in studio with Mandoza was on the track called Music for Coca-Cola Collab in 2002.  They thought 'lets put the 2 most unlikely guys in the room together and watch this all fall apart.' (It will make for great TV).

To the surprise of us all, the opposite happened. We clicked instantly as if we had known one another forever. No ego, no judgment, no fear of difference.

We created a song that shocked our respective labels so much that they demanded we do an entire album. I couldn't say yes fast enough! I had been a massive fan of his for years, and this was literally a dream come true. I was to work with one of my heroes on a full scale album.

We went down to Cape Town to work with Gabi and spent 3 magical weeks working and hanging out. That was one of the greatest creative experiences on my career. We had no blue print , no handbook, no sound or style to conform to. Mandoza was, however, passionate about one thing: he wouldn't change his style to suit me, and nor was I to change to suit him.

He would always say 'you got your culture, I got my culture.' The album was titled Same Difference and went gold in a few weeks. We went on to win the SAMA for best pop album and toured SA and the world as the face of a new, different and unafraid South Africa.

More importantly we became friends. He became like another son to my parents shortly after they lost my brother Jarren. He filled a very real void in our lives.

The Mandoza I knew was not the rough voiced Sgelekeqe from his records. He was soft, humble, sensitive and above all, a family man. He loved his family more than anything and they loved him.

We use the title legend all to loosely these days but the life, times and music of Mandoza can be called nothing else than legendary. The  King of Kwaito is no more.

There will never be another quite like him! At least once a day for over 10 years I'm asked 'Hey DK, where is Mandoza?'  We were inextricably linked.

I'm heartbroken to know that I won't be asked that question ever again. Rest in peace my brother, my friend. DK