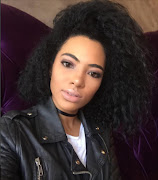 It has been confirmed that Amanda du-Pont has decided to leave SABC 1's RGB after three years on the show.

The news has been confirmed through a statement released by the broadcaster on Thursday afternoon.

“It's been a fantastic three years presenting RGB, I have made incredible relationships and grown so much in this space. Everything has its season, and it's now time to grow and challenge myself in new business and presenting ventures," Amanda said.

This Saturday (October 1) will mark the end of Amanda's journey with the celebrity and lifestyle show.

Producers of the show have also confirmed that Amanda will not be replaced by another presenter, but that Sinazo Yolwa and Phat Joe will continue holding the fort.