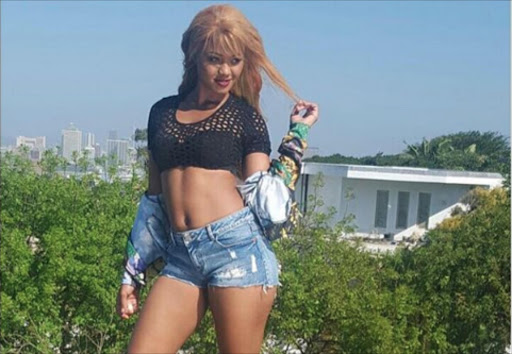 Babes Wodumo's camp has come out guns blazing against accusations that her latest track entitled Mercedes makes any reference to a 'killer drug' with the same name being used in KZN.

These comments come in the wake of a press statement released by The Congress of South African Students (Cosas) calling on Babes to publicly condemn the use of drugs and underage drinking.

In the statement Cosas explained that Babes' latest track is the same name of a 'killer drug' that has seen many young people in KwaMashu and surrounding townships land in hospital due to a drug overdose.

Speaking to TshisaLIVE on Tuesday morning Babes' camp slammed the accusations labelling it as rubbish.

Babes' manager Victor Dlokolo explained that the songstress named the song Mercedes as it's her "dream car".

"There is not a single lyric about alcohol and drugs in her single Mercedes. A Mercedes Benz is Babes' dream car which she wants to buy for her father and this is what she refers to in the song," explained Victor.

Victor added that people are just assuming that she is promoting drugs and alcohol, but she is just singing about her dream car.

"People love to celebrate and pay attention to negativity, and give it hype. Babes is just sitting on top of her dream car singing her song, but now people are saying she is promoting drugs," he added.

He went on to slam Babes' haters saying that her "success scares people".

"Babes is successful and people are shaken with her presence and they can't take the heat."

The statement released by the student body on Monday afternoon got tongues wagging as it challenged Babes to publicly condemn the use of drugs.

"We are challenging Babes Wodumo to come out boldly to denounce and condemn drug abuse, underage drinking and unlawful fun. We acknowledge the amount of influence she currently has on young people and we call on her to do the right thing and also contribute in fighting this pandemic," read part of the statement.