Is this a photo of Bill Murray or Tom Hanks? The internet is torn 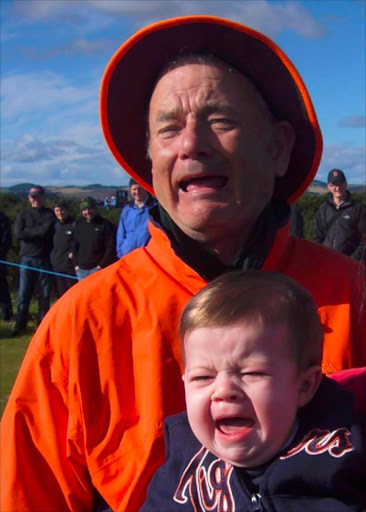 It's the black or blue dress all over again.

A photo, which was first published in 2013, has emerged yet again, spiraling the internet into a state of confusion not seen since #TheDress, and the great blue and black, or white and gold debate.

The picture shows a Hollywood actor pretending to bawl his eyes out as he poses for a picture with a baby boy. Fans were divided as to whether the celebrity in the photo was Tom Hanks or Ghostbusters' Bill Murray.

The image is believed to have first been shared on a Facebook group page entitled, 'Reasons My Son Is Crying' three years ago by someone called Laura DiMichele-Ross, after it was snapped at a golf course in Scotland.

Michele-Ross told them that her son was crying because he had "met Bill Murray".

And this soon sparked one of the biggest optical illusions online users have ever encountered.

"Isn't this Tom Hanks?" Hannah Richter questioned in the comments section, while Amy Young swore "that is Tom Hanks."

"This is obviously Bill Murray... I don't mistake this for Tom Hanks at all," Jennie Rae added.

And to take you out of your misery: raise your hands if you said that is Bill Murray, because you're right!

He was actually pictured wearing the outfit  during the Alfred Dunhill Links Championship in October 2012.