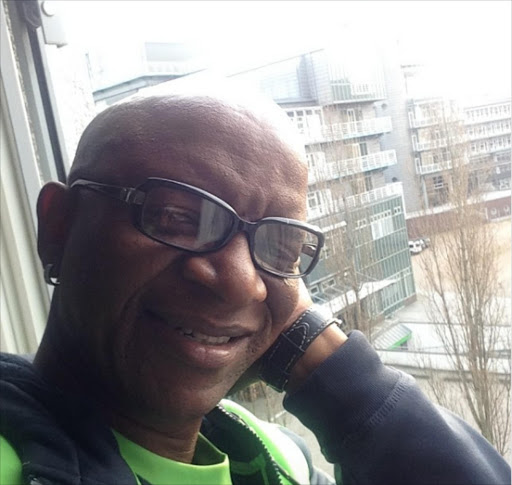 Lebo M claimed that he has had to watch his daughter grow up on social media.
Image: Via Instagram

Well-known film producer Lebo M and ex Zoe Mthiyane's whirlwind romance was once the talk of the town, but after a few months of being engaged things started to unravel.

Reports of a budding romance between the duo first emerged in 2014, and while they tried to keep their love affair under wraps, it wasn't long before news of their pregnancy emerged.

Less than six months later during a family vacation to Cape Town over Christmas, Lebo M got down on one knee and popped the question.

Their romance was once again cast into the spotlight as Lebo M pulled out all the stops for his lady. Zoe flaunted her custom-made diamond encrusted ring, which was said to be inspired by the song Circle of Life, and it seemed like their fairytale ending was becoming a reality.

But this was not to be. In May this year, five months after their engagement, Lebo M shocked fans when he sent out a press statement confirming their split.

The press statement cited 'disagreements over a prenup' as a reason for their split.

But things soon started to get messy.

Just weeks after news of their split was confirmed, Zoe hit back at the 'prenup disagreement' claiming that was not the reason for their split.

This resulted in Zoe and Lebo airing their dirty laundry on social media for the entire nation to see.

After weeks of firing shots at each other on social media, the dust seemed to settle.

Zoe has since decided to focus on herself, her career and her children.

And Lebo M has rekindled his romance with his ex-wife, Angela Ngani-Casara.

Shortly after his split from Zoe, rumours that Lebo had found comfort in Angela's arms nearly three years after they divorced emerged.

Despite initially denying the romance rumours, in November Lebo M confirmed that he and Angela were set to tie the knot.

"The events of my life have been humbling, and reconciling with Angela has continued to teach me important lessons. Our reconciliation is about restoring what truly is a gift to us," Lebo M told Sowetan during an interview.