Jub Jub is preparing for an epic musical comeback

It's been just over a month since rapper Molemo 'Jub Jub' Maarohanye was released from prison on parole and the star is apparently hard at work making new music. 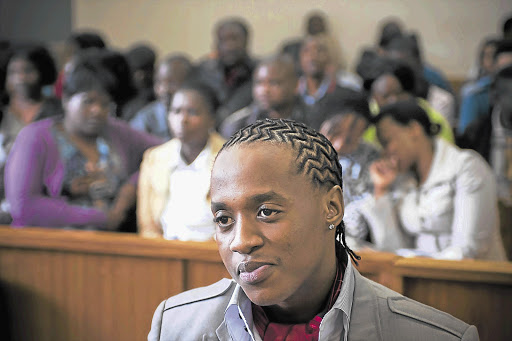 Prior to being convicted of culpable homicide for crashing his car into a group of school children in 2010 which left four children dead, Jub Jub was one of the most exciting young talents in South Africa.

Since his release, social media has been filled with questions over whether the rapper will return to music.

Jub Jub's friend and business partner Pablo Sehloho told TshisaLIVE  that the rapper was still committed to being a musician.

"Jub Jub is a musician and nothing that has happened to him will change that," Pablo said.

In fact, Pablo revealed that Jub Jub is working on releasing new material through his entertainment company and record label, Rare Breed Entertainment.

"He is a hard worker and has been putting a lot of time into his music. I can't say much about it right now, but fans will be surprised," Pablo said

Pablo added that fans can expect to hear a different side of Jub Jub.

"His music has changed. He has grown because of his experiences and now wants to make music that people can really relate to. He no longer uses the same references about life. He is more responsible and wants to make a difference through his music.

"Fans will hear how it has made his music more mature. He has a lot to offer the music industry still and he is going to keep making music," Pablo said.

Jub Jub released a song just hours after he was released from prison. The song, entitled Ke Kopa Tshwarelo (Please forgive me) was uploaded on to YouTube by a user and soon went viral, with over 350,000 views in the first five days of its release. The feat made it one of the biggest songs in the country on YouTube at the time.

Pablo revealed that Jub Jub and his team are planning on releasing a video for the track soon.

"We are busy working on a music video for the song. I can't say much about it but because it is such a powerful song the video will follow the same theme. We want to do the video justice, which means that there will be a number of scenes that will include Jub Jub opening his heart. We don't want to rush it. We want it to be as touching as the song is," Pablo said.