By now Penny Penny's reality show has become one of the greatest things on SA television. With every passing week, the show seems to get more hilarious and last night's episode was no different. 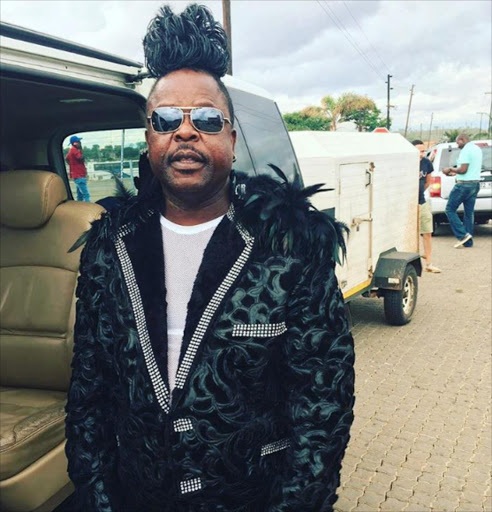 Papa Penny Penny, as he is affectionately known, had viewers crying with laughter with some of his crazy antics.

From chasing goats in the garden to dressing like "a cartoon", here are just some of the most hilarious moments from last night's show and Twitter's reaction to them.

The wife is just too cool, every time she laughs, papa be like stop laughing #PapaPennyAheepic.twitter.com/OlA9yBHjzr

These pants are killing me     #PapaPennyAheepic.twitter.com/AyedDZLF0i

That will be the last time that goat tries to snack on Papa Penny's hedges. https://t.co/19fkbJ1JQP#PapaPennyAheepic.twitter.com/U8LthnVlkA

How I feel when I get unexpected guests       . #PapaPennyAheepic.twitter.com/O8jc4VgCGX

The goat scene is the best...  #PapaPennyAhee

The answer we have all been waiting for, as to why that pony exist... #PapaPennyAhee best answer ever.      pic.twitter.com/hOlTKhuKF8

Of course, what would an episode of the show be without Penny throwing a little shade?

The musician's struggles with English has been a constant talking point and he addressed the haters head-on in the show, telling viewers that it did not have to be academic and that Shangaan was his English.

I have been waiting for #PapaPennyAhee to address this Academics.... Round of applause. pic.twitter.com/FlH6gkUpDy

He also had Twitter in stitches when he responded to one person's phone call apology by telling them his name was not "we are sorry".