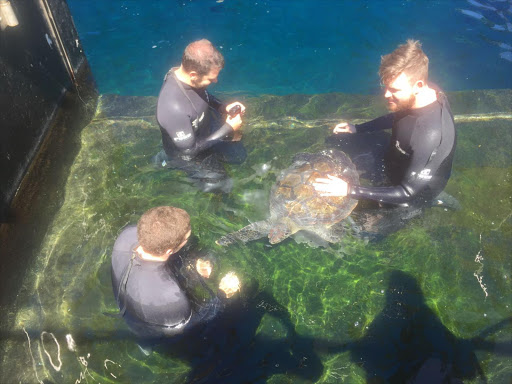 5 FM has responded to public outcry over an “illegal balloon release” by organizing a massive “cleanup” in Cape Town on Saturday.

One of the organizers of the event‚ Blake Dyason from Love our Trails‚ said he personally contacted 5 FM after he saw the balloon release and started a social media campaign creating awareness around it.

“5 FM acknowledged that they had made a mistake and it that it wasn't the best thing they have done. We then constructed our ideas into hosting an event or something‚” he said.

5 FM station manager Justine Cullinan apologized on a press release saying: “It was a terrible error on our part and we felt it was essential to use the power of 5FM to draw attention to the harmful effects of plastics on our environment.”

Dyason said that he felt it was more constructive to work with the station rather than to take them to court.

“If we work with them with their massive following and the respect that they have in South Africa we can then change culture and change behavior and create awareness around litter and our impact‚” he said.

The cleanup will take place at five spots around Cape Town‚ from 10 am to 2 pm‚ including Liesbeek River‚ all beaches off the Sea Point Promenade‚ the Milnerton Lagoon‚ Joe Slovo Informal Settlement‚ and Lion’s Head.

5 FM will be broadcasting live from the aquarium and people who participate in the cleanup will be given 10% discount on the entrance fee.

Dyason said the response to the cleanup has been “overwhelming” and they are expecting a massive turnout. He said they are aiming at collecting 1 ton of rubbish.

“At each venue there will be a team that will manage and encourage people to get out and just go and pick up and educating them on what litter is and what we can recycle and what we can up-cycle‚” he said.

“Most of the time when you walking on the beach you don't even realise the difference until you start picking it up‚ you'll be completely mind-blown by how much litter you can see‚” he said.

Recycling company Waste Plan have committed to buying the recyclable waste which is collected and the proceeds will help pay for the costs of Operation Smile during which doctors volunteer to perform corrective surgery on children with cleft pallets.