Aaron Moloisi opens up about long-term friendship with Caster Semenya 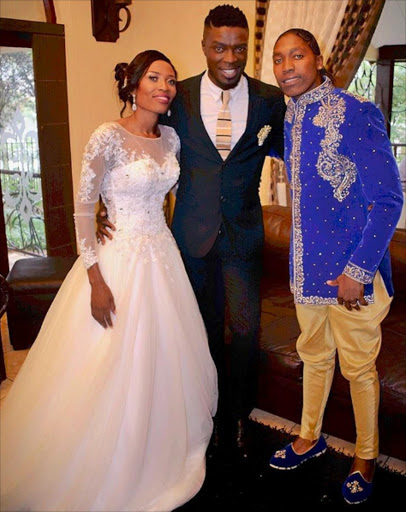 Aaron is a good friend to Caster and wife.
Image: Via Instagram

Actor Aaron Moloisi has defended his long-time friend and athlete Caster Semenya in a recent interview, saying that people have a misconception that she "arrogant and illiterate".

The After Nine actor explained in a True Love interview that Caster is actually one of the most "genuine" people he knows.

Aaron and Caster are both from Limpopo, and Aaron shared that they met before Caster became 'Caster the golden girl'. He added that he is irritated by the misconception that people have of his friend.

"The  misconception about Caster is that she's arrogant and illiterate. She's none of those things," he said.

He went on to say how Caster isn't fazed by fame and how she appreciates the smallest of victories. Aaron also shared that the athlete is a horrible dancer but is also quite the comedian.

"I met her in 2006. We clicked immediately. I treasure how our friendship isn't based on what we do, we just have a close brother and sister relationship," he said.