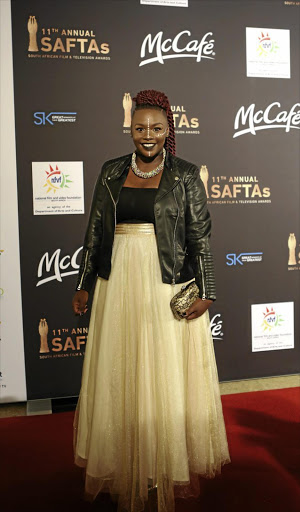 After being rejected by Idols SA on numerous occasions, Amanda Black used US singer Jennifer Hudson's journey to success to inspire her.

Amanda, who first tried out on the singing competition at age 16 was rejected by the show three times.

During a recent interview with Drum Amanda said that at some point she made "peace" with the fact that it just wasn't meant to be.

"When I got home I went on the internet to see who else had been eliminated in seventh place and had still made it big. It turns out Jennifer Hudson was once in the same boat," she said.

Even though she felt like giving up at the time, Jennifer Hudson's career journey helped get her back on track.

"I used to tell my mother I wanted to sing like Whitney Houston and perform on big stages around the world. I always knew I was going to be a singer but, but I didn't expect in one year I would become Amanda Amazulu," she said.

And Amanda's dreams have definitely become a reality!

The singer scooped two awards at the annual Metro FM Awards in January.