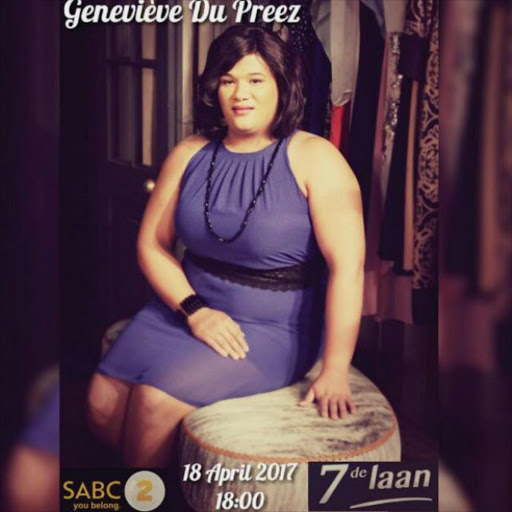 The primary school teacher turned actress says that she is ready for people to embrace the LGBTI community on national soapies.

Deonay said that it liberated her to be the one "to break the mould" on 7de Laan.

"It feels awesome as well as liberating. I have always believed God has a greater purpose for my life. I am an activist for LGBTI rights so it is a privilege to represent this community," she said.

Deonay plays the character of a 'larger-than-life' 34-year-old Genevieve Du Preez, who rolls into town to participate in a beauty pageant.

She added that she was contacted by the soapie on Facebook to audition for the part.

"I'm in my 3rd year education studies at Unisa and I have been teaching at this school while I am studying. 7de Laan contacted me via Facebook to audition for the role and within an hour I got a call that I got the part," she added.

Deonay said that shooting the scenes on 7de Laan brought back feelings she experienced during her own journey as a transgender woman.

She added that playing Genevieve taught her a lot and that she has learnt to accept herself.

"I really think viewers will fall in love with her [Genevieve] and her journey. She is determined to win and did not come for fun or games, she gives me life!" she said.

Deonay made her debut on the soapie on Tuesday night.