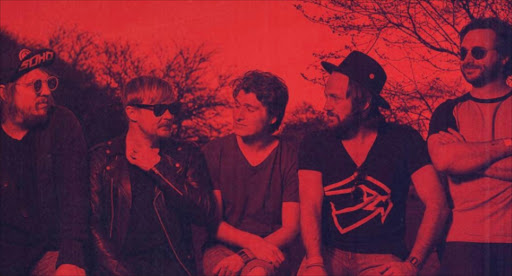 An alternative rock band from Belville in Cape Town has made history by raising over R1 million from the public to fund the release of their new album directly to fans without any middle men.

"Passion. Liberation. Independence‚" was the mission statement by Fokofpolisiekar on its Thundafund appeal.

Fokof‚ known for their controversial lyrics‚ were feeling disenfranchised by what they call the saturated South African music industry. Their last release was almost 11 years ago.

"It’s never been possible for us to release an album on our own. We are dependent on other people’s money. And dependent on an industry that is built on the exploitation of the artist‚" the band explained.

The appeal resonated with music fans as Fokof has more than doubled their original campaign goal of R500‚000.

On exceeding the target‚ the band was effusive in their appreciation.

"Our goal was to raise the funds to independently release our first album in 11 years. With the support of various pledgers we reached our dream goal in 9 days. This is amazing! A special thank you to everyone that backed us. We are now fully dedicated to writing and recording the best album possible. The new album will be released in October 2017. #FokofCrowdFunding."

The five-man band has also promised to play a free show in Cape Town and in Gauteng.

"A South African record was broken in Rewards-Based Crowdfunding with Thundafund.com‚" it said in a statement.

"It’s safe to say‚ their legion of fans made it pour‚ raising over R1 million‚ a figure unprecedented for a South African based Rewards Crowdfunding platform.

"There is a message to be heard for all entrepreneurs‚ whether you are starting out or perhaps looking for a way to rejuvenate your business‚ Rewards-based Crowdfunding is gaining momentum in the South African market and shows no sign of slowing down.

"With the correct toolkit; a strong brand message that mobilizes the masses‚ creative rewards that motivate and an engaging social media presence exponential success is attainable."

"In South Africa that is a certified gold record! In our 14 year career we have never been able to achieve this. Taking the current state of the music industry into account this will be an insane achievement." Pre orders of the an album are available in digital download‚ CD or 12 inch vinyl.