This is a path I have to follow: Slikour and Melissa prepare for traditional wedding 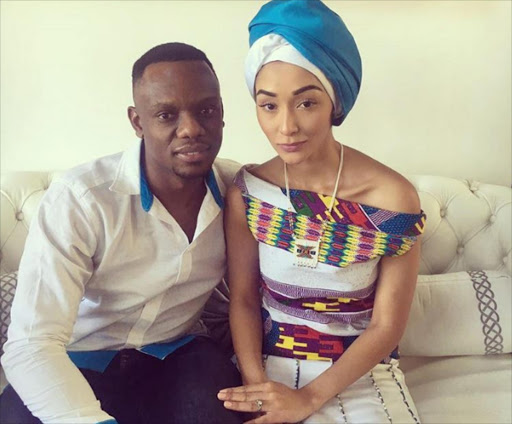 Slikour and Melissa are getting married!
Image: Via Simphiwe Sibiya's Instagram

Rapper Slikour is getting ready to tie the knot, starting with a traditional gift-giving ceremony, or umembeso, this past weekend.

The Skwatta Kamp musician popped the question to his longtime girlfriend MelissaWilkinson in February last year.

Now the pair are moving ahead with their wedding plans and started with an umembeso over the weekend.

Umembeso is a Zulu traditional ceremony that forms part of the lobola negotiations where the groom gives gifts to the bride's parents and family before the wedding.

Melissa and Slikour both posted pictures from the traditional ceremony, and revealed that it was one of three ceremonies that they will have over the next few weeks.

Speaking to TshisaLIVE on Monday, Slikour confirmed that the pair will soon be tying the knot and said that he felt it was his duty to marry the love of his life.

"It is what it is. I have to be a man and go down this path because it is the right thing to do. The lifestyle of a musician makes it difficult to commit sometimes but I know that this is what I have to do. This is my duty and it is a duty of love," Slikour said.

Slikour said that he loves Melissa for so many reasons. "There are so many things that I love about her but if I had to sit down and reflect on all of them I just see the essence of love in everything," he added.

He would not reveal when the couple would wed but said that he was excited to get married.