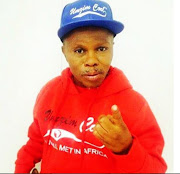 Although the late Jabu Kubheka was a seasoned actor many still refer to him as Yizo Yizo's Gunman - the short, mischievous and witty character who stole the hearts of many South Africans.

When the hard-hitting drama Yizo Yizo aired in 1999, Mzansi immediately found favourites  as the show was one of the first that many could relate to.

Everybody knew of  that short boy in high school who was witty and naughty but also had the biggest heart. Yizo Yizo introduced a character named Gunman, who was brought to life by Jabu.

Here are some of the moments where Jabu, as Gunman, etched his name into the hearts of Yizo Yizo viewers:

Gunman always made fun of people and his curiosity landed him in hot water half the time. Like that time he cuffed his classmate to his table to "test his mind".

He could talk himself out of anything. Like the time the new principal busted him and his friends smoking outside when they were supposed to be in class and he smoothly shifted the blame.

You could always trust Gunman to protect you if he cared: he was quite the feisty type. Like the time he found out a teacher had slept with a school child.