Babes Wodumo is vying for a BET award after SAMAs disappointment 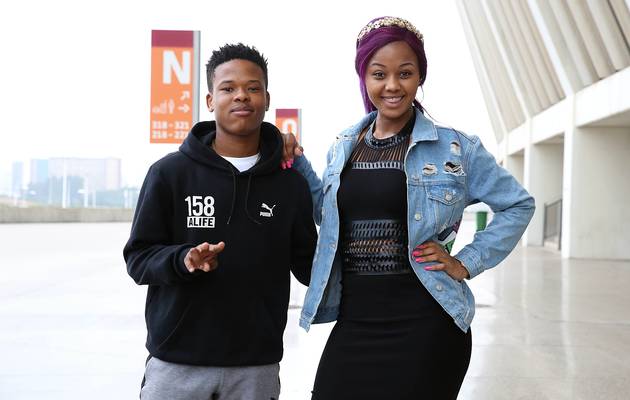 Nasty C and Babes Wodumo are jetting of to LA later this week.
Image: Thuli Dlamini

After walking away empty-handed at the SAMAs last month‚ Babes Wodumo is hoping for better luck on the BET's global stage.

Shortly after the swanky ceremony Babes lashed out over not scooping any awards. The Wololo hitmaker's rant went viral and sparked widespread reaction on social media.

Speaking to TshisaLIVE at a send-off breakfast hosted by the eThekwini Municipality on Wednesday, Babes said she had left the incident behind her.

"It’s all behind me now. I’m looking forward to this one‚" she said.

Speaking at the breakfast Babes encouraged the municipality to support more artists and local talent.

"I wish the city can do more for other artists. In fact it should fly other artists to go with us to the US‚" she added.

Babes, Nasty C and AKA will be flying the flag high at the upcoming BET Awards.

Nasty C said that he was grateful to be recognised in the city of his birth.

"I’m grateful and honoured that Durban recognises this talent‚" he said.

The glitzy BET Awards takes place at the Microsoft Theatre in Los Angeles on June 25. Babes, Nasty C and AKA will battle it out in the Best International Act: Africa category with the likes of Nigeria's Davido‚ Wizkid and Ghanaian rapper Stonebwoy.

First there was the Jacob Zuma mash-up and now this. But damn Cassper, you've started a trend. Again.Cassper's Tito Mboweni song is dominating social ...
TshisaLIVE
4 years ago

Watch out, world! Amanda Black is gunning for BET success

Musician Amanda Black is set to fly the South African flag high when she jets off to LA later this month for the prestigious Black Entertainment ...
TshisaLIVE
4 years ago