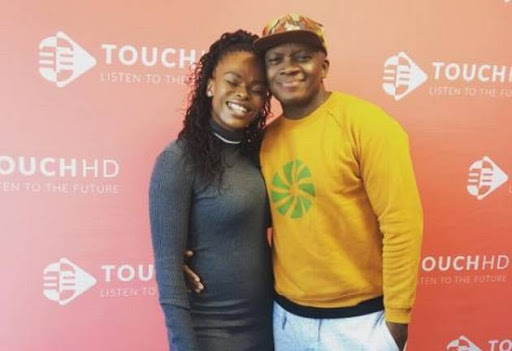 Fans miss the dynamic radio duo and have called for a reunion of Unathi and Glen.
Image: Via Instagram

After Unathi Msengana visited Glen Lewis's Touch HD breakfast show on Tuesday, fans were sent into a nostalgic frenzy and have called on the two to reunite.

A social media poll shared by Touch HD gained over 4, 500 votes and showed that 57% of voters were in favour of Unathi and Glen teaming up again.

Unathi who was being interviewed on Glen's show could not help but feel right at home when she entered the studio.

She even told Nina Hastie to be "guarded" just in case she took over. "Tell me what to do guys, I keep forgetting this isn't that other show. I need to behave like a guest," she said.

WATCH: Uzalo's Gugu Gumede lashes out at 'makeup haters'  Fans were instantly taken on a trip down memory lane to when Unathi and Glen co-presented their hit Metro FM breakfast show, and called on Tbo Touch to hire Unathi.

#TouchHD is reshuffling. If @unathimsengana joined where should she co-host?

Touch responded with a tweet asking if the listeners would be happy with a two year contract.

@iamtbotouch Please tell Mr. Vilakazi, to keep @unathimsengana at least for this week only. Her, Glen & Nina make a compatible team. 🙏

Speaking to TshisaLIVE Touch said that new and exiting things would be happening at the station but couldn't confirm if  Unathi would be hired.

"I cannot make any comment on that matter right now, I am actually going to meet with the station manager to discuss a few things and that will be on the list," he said.