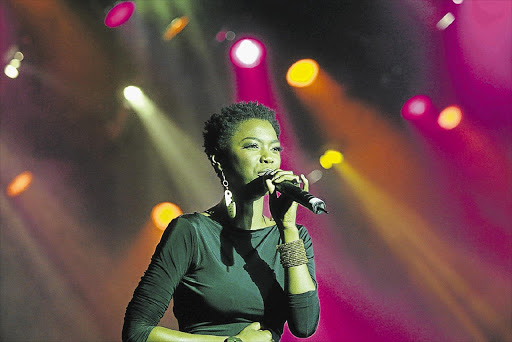 Lira had a strange request from a fan.
Image: SUPPLIED

After more than a decade in the industry Lira has seen the good, the bad and the ugly that comes with being in the spotlight.

During an interview on Trending SA, Lira remembered how she once had to play 'marriage counsellor'  between a fan and his wife.

"People ask us for the most [craziest] things. Every now and then I play shrink as well," she said.

The songstress explained that one of her male fans once asked her to intervene in his relationship after he messed up. The guy and his wife were both fans of her music and Lira bravely made the phone call to his wife for him.

"There was a guy that asked me to call and apologise to his wife because he had messed up so much. So there I was, in the middle of the day calling... I could hear that she was broken and she was hurt, but we had a woman to woman talk and she really appreciated it," she said.

The platinum-selling singer and coach for The Voice SA is busy with the second season of M-Net's reality competition.

Her reality series, Lira: Dream Chaser's second season, which documents the making of her sixth studio album, Born Free, will also be on the small screen soon.

She said that the show would allow her fans to get to know her in different settings and that it'll shows her search for the meaning of freedom.

The eThekwini Municipality has moved swiftly to address questions around a BET send-off breakfast it hosted on Wednesday morning in honour of Babes ...
News
4 years ago

Poor Ndivhuwo put her heart on the line when she asked her friend, Dineo out on last night's episode of Uyang'thanda Na.
TshisaLIVE
4 years ago