'What if I was white?' Maraza spits bars over 'racial profiling' 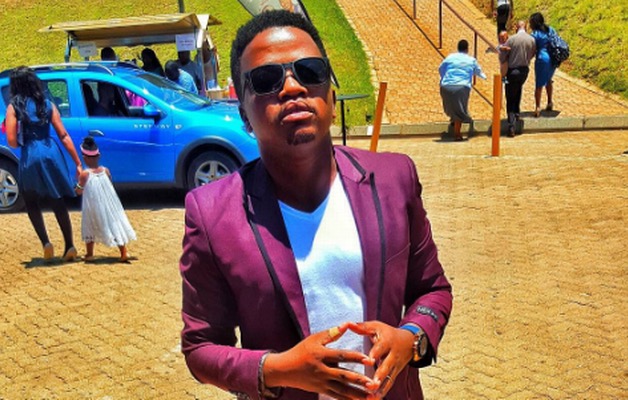 Maraza Maraza now has a song out detailing his painful "racial profiling" ordeal called Black Skin (The Pick and Pay The Price)
Image: Via Instagram

Nearly two weeks after Maraza claimed he was the victim of alleged racial profiling, he has released a song about the incident entitled, Black Skin (Pick n Pay The Price).

In the song the musician created a fictitious conversation where he is stereotyped as a criminal because he is black.

“What if I was white? What if my hair was bright, my eyes were not as black as night. What if my past was laden with victories, not strife. And if my name was Jaden would I have to prove that I am right? Would I be searched against my will? Can I pursue my happiness without reminding you of Constitution Hill?" Maraza raps.

The song, which he has made available for his fans on an audio sharing site, packs some heavy punches towards the retailing giant and former DA leader Helen Zille.

"Because Maraza and Sphamandla may not be the coolest names but at least they were not forced upon me for the convenience of Helen Zille’s colonialist cronies. So claim your name black child and own it."

The rapper was at a Pick n Pay store where he was apparently followed and stopped by security to “verify” his purchase of groceries worth R8,000.

In a statement issued to TshisaLIVE at the time, Pick n Pay apologised for the incident and denied that Maraza was profiled. Instead the supermarket chain blamed the incident on problematic card transactions at the store.

“We apologise for any inconvenience experienced by Maraza and have tried to contact him directly. Our Pick n Pay Killarney branch has experienced a number of problematic card transactions‚ particularly at closing time. The store put random checks in place and this was one of them. Customers were not profiled and the security officer on duty did not ask to check Maraza’s groceries. Only the card transaction itself was verified‚” said Pick n Pay spokesperson Tamra Veley.

Maraza plans to include the song in his upcoming album Lost And Found scheduled for a 2017 release.

Marawa remains steadfast: I won't be on air until SABC sorts out its issues

Sports presenter Robert Marawa is sticking to his guns and will not go on air until the "unfair" suspension of his radio show producer Beverly ...
TshisaLIVE
5 years ago

Musician Unathi Msengana has denied that she is planning to become a traditional healer, explaining that the only healing she will be doing is ...
TshisaLIVE
5 years ago

A week before the BET awards are set to be held in LA, the organiser's website "leaked" a number of award winners, including Nasty C.
TshisaLIVE
5 years ago