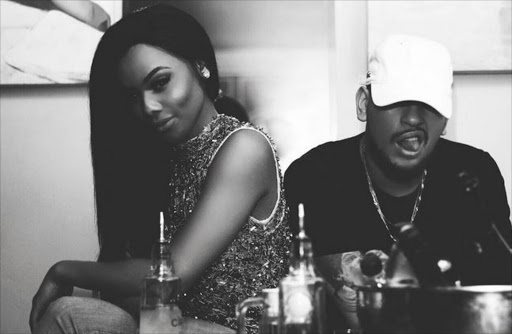 AKA and Bonang.
Image: Via Bonang Instagram/Blaq Smith

Rapper AKA has forked out an astronomical amount of money to make sure his girlfriend, Bonang Matheba's 30th birthday lived up to her dreams.

AKA whisked Bonang off on a surprise vacation to New York to celebrate her special milestone on June 25.

The hugely popular celebrity couple are no strangers to a lifestyle of luxury. From designer clothing to flashy cars, AKA and Bonang are the epitome of a young successful millennial couple.

So it comes as no surprise that the rapper spared no cost in planning his girlfriend's special day.

According to an analysis done by TshisaLIVE it seems AKA has spent about R79,000 and counting on flights, accommodation at the fancy Trump International Hotel & Tower New York, a designer Balmain blazer and fancy meals at Nello restaurant on Madison Avenue in Manhattan.

The couple who jetted off to The Big Apple late last week only travels business class and according to Flight Centre would have forked out R24,940 per person for a return flight to New York. That's a total of R50,000 just on flights.

AKA has booked his queen into the Trump Towers and according to its official website a Rise & Dine package amounts to R5,922 per night. Now they are evidently staying for more than one night but have not made the duration of their entire trip public.

The rapper also gifted Bonang with a designer Crepe double-breasted Balmain blazer which according to the official Balmain website costs €1,587.00/ R22,878.

The lovebirds also indulged in scrumptious pasta dishes at Nello restaurant on Madison Avenue, which according to Zomato.com could cost anything between R386 and R644 per meal. That's excluding the expensive bottle of champagne they were seen popping.

That's a total of R79,000 and counting, and is subjective to them only spending one night at Trump Towers.

Guess Bonang's 30th only happens once in her lifetime right? #GUAPED

Wololo hitmaker Babes Wodumo has hired a top public relations team to help her manage the demands of stardom.
TshisaLIVE
5 years ago

Duncan gets heat for declaring: 'I only date white girls'

Musician Duncan found heat on the Twitter streets this past weekend when he boldly declared that he only dates white girls.
TshisaLIVE
5 years ago