Gunman's wife 'accepts' he had 24 kids 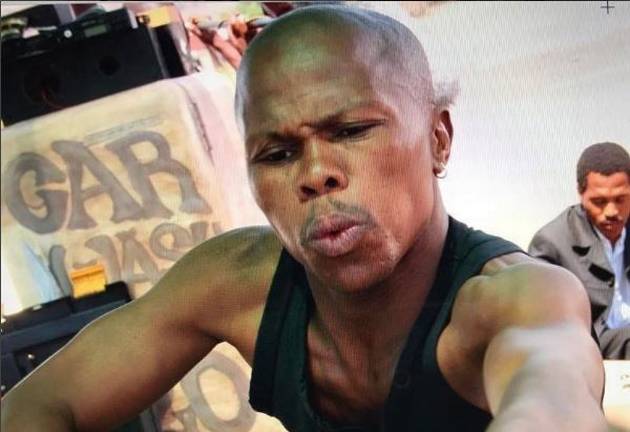 Actor Jabu Kubheka's wife Cynthia Khumalo says she is "okay" with her recent discovery of Jabu's 24 kids.
Image: Via Twitter

Cynthia Khumalo, the wife of the late actor Jabu Kubheka, has opened up about her feelings after she recently discovered that her husband may be a father to about 24 children.

Speaking to TshisaLIVE, Cynthia said she was shocked when 14 children believed to be Gunman's stood up and walked onto the podium at his memorial service.

"I was sitting there being comforted by my sister and all we could say was 'wow'. There were many of them but shame they looked like him, some were even short like him. And I mean what can I do? Jabu is gone. He was their father and I am okay with that," she said.

Later that week on the day of the funeral, Cynthia learned that there were apparently 10 more kids with a "strong resemblance to Jabu" but the widow said she has found peace with the discovery.

She told TshisaLIVE she did not think the "baby mamas" would fake something as big as telling their kids about their dead father.

"I think the mothers of the other ten [kids] did not attend the memorial but still wanted an opportunity for their children to acknowledge their father. A mother always knows who the father is and I don't think they would let their children go in front of a lot of people just for the sake of it," she said.

Jabu's wife explained that with Jabu gone, there is no one to confront about the children's paternity and so she has decided that she won't dwell on it.

"There is no one to confront, I never knew about all these kids. I only knew about four of Jabu's children but there is truly nothing I can do now. I only saw the 24 kids along with the masses, there may even be more," she said.

The actor, who stole the hearts of South Africans as the charismatic Gunman on Yizo Yizo died earlier this month, after he committed suicide.

Duncan gets heat for declaring: 'I only date white girls'

Musician Duncan found heat on the Twitter streets this past weekend when he boldly declared that he only dates white girls.
TshisaLIVE
5 years ago

Wololo hitmaker Babes Wodumo has hired a top public relations team to help her manage the demands of stardom.
TshisaLIVE
5 years ago