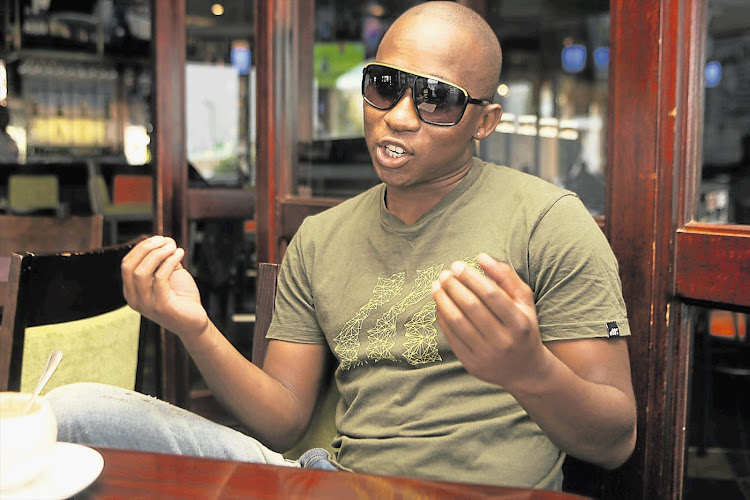 The One Source hitmaker was in Cannes, France recently where he bumped into Wyclef, who told turned out to be a fan of Khuli's music.  The rapper could believe that the man he grew up idolising knew who he was.

"I was on my way to a Shazam talk, and ran into one of my idols, Wyclef of the Fugees. I was a little star-struck but what was crazy was his reaction when he saw me, (it was) priceless. He actually hollered me, he showed me love, and then he quoted one of my lines from the One Source joint: 'Africa's no longer riding shotgun,'" Khuli explained in a social media post.

Wyclef was in France for a talk at the 2017 Cannes Lions International Festival of Creativity and insisted on taking Khuli along with him. After his talk, he asked the rapper to join him on stage for a live performance.

"He spoke about how he created the classic Fugees album 'The Score' in his basement at 19-years-old, taking a break from music, and running for president in Haiti. He finished his talk with a dope performance and then he asked me to join him on stage to drop a verse," Khuli explained.

Khuli was also a big winner at the festival's awards ceremony, walking away with two silver and one gold award for his One Source Music Video.

He told TshisaLIVE that it was a sweet victory after the disappointment of walking away empty-handed at local music award ceremonies this year.

"I believe that God has bigger plans for me. I didn't win a SAMA or Metro FM Award but I scooped a gold (award) at the Cannes Lions, on a global stage out of 43,000 entries, that is huge! I now realise that I wasn't created to live a small life with small goals and dreams."

"I met some interesting creatives from all over the world and I'm truly inspired by how they think. I'm ready to make that transition and take over the world," he said of his time at the festival.

Despite numerous calls from viewers on social media for the return of  7 de Laan’s old theme song, the soapie is adamant that the current song will ...
TshisaLIVE
5 years ago

Skolopad to step away from nudity with Durban July outfits

After making headlines for flaunting her booty in revealing outfits Skolopad has decided to move away from being known for just the nudity. Instead ...
TshisaLIVE
5 years ago

Warren Masemola reveals he used to be homophobic

Seasoned actor Warren Masemola has opened up about being homophobic when he was younger and explains that he has since rehabilitated himself.
TshisaLIVE
5 years ago