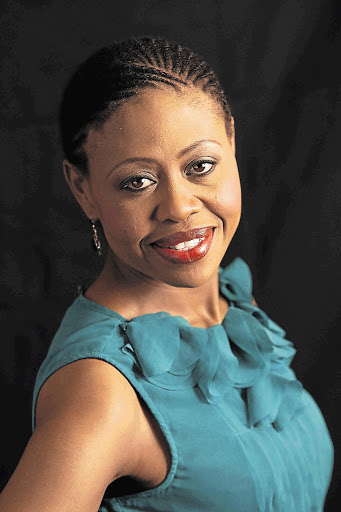 Twitter reacted with mixed emotions as radio personality Redi Tlhabi hosted her last show on 702, which aired on Thursday afternoon.

After 12 years on 702 Redi announced her resignation in May through a statement.

Redi has been offered a fellowship in the United States in 2018. “I am attached and dedicated to Primedia‚ which has been my home for 12 years‚” said when she announced her departure.

As Redi hosted her last show fans flooded social media with a string of messages that were both filled with happiness and sadness...

@RediTlhabi It's been wonderful listening to you on radio for the last decade, we grew old together 😀, now it's time to say #FarewellRedi pic.twitter.com/gJLhi55vlv

She can debate you with the coolest of demeanors,throws in a laugh,schools you...then sends you away with a "lesson learnt"👏 pic.twitter.com/FCpkJtXyLi

#FarewellRedi even though we disagree on some stuff! You've been a "frienemy" I've kept close to my 👂! @RediTlhabi bye bye! pic.twitter.com/u6v3hg3bW8

After 4 years listening to you @RediTlhabi , i can't believe you are leaving @Radio702 , i hope one day you will come back #FarewellRedi pic.twitter.com/luLDeBhWh4

@RediTlhabi it's not too late, you can still rescind your decision and stay with us rather. Please please pic.twitter.com/MKnYbGqWNo

Jacob Zuma and his cronies be like after hearing that today is Redi Tlhabi last show on 702 #FarewellRedi pic.twitter.com/Z4hy7u3Eog

You have done the damn things babe @RediTlhabi

Farewell and all the best. pic.twitter.com/wkPUMyVvYt

M-Net has poured cold water on speculation that its decision to take Vuzu's entertainment show V-Entertainment off-air has been driven by financial ...
TshisaLIVE
4 years ago

Idols judge Somizi has told fans not expect every small detail about his life to be revealed in his memoir.
TshisaLIVE
4 years ago

I don't co-parent with Tbo Touch but with Thabo, says Thuli Thabethe

Thuli Thabethe has revealed that her biggest blessing is her son Ruri, who she shares   with radio personality Tbo Touch. Even though they are no ...
TshisaLIVE
4 years ago