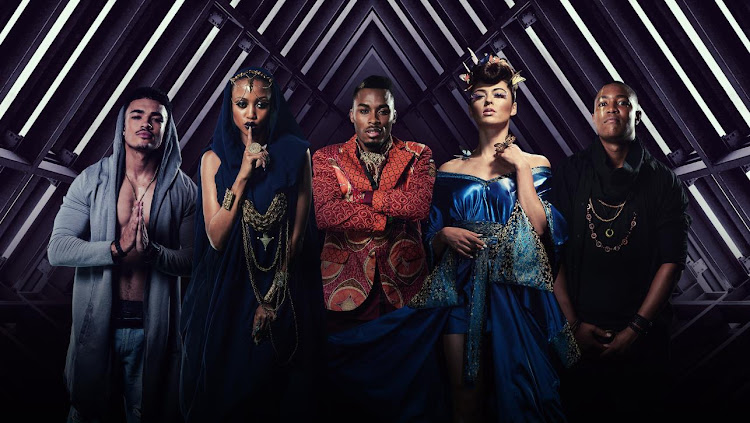 V-Entertainment will air for the last time this Friday before it goes 'on a break'.
Image: Supplied

M-Net has poured cold water on speculation that its decision to take Vuzu's entertainment show V-Entertainment off-air has been driven by financial reasons.

This after the broadcaster issued a statement on Wednesday evening announcing that the show, which occupied the 6pm slot on Vuzu and Vuzu AMP, would air for the last time on Friday night (June 30).

The statement explained that over 2000 episodes of the show had aired for almost six years, and that it would "take a break" as part of their strategy to  "constantly improve and reinvent content".

Ever since the announcement was released speculation has been rife that the move could have been motivated by dwindling viewership numbers and financial constraints.

However, M-Net's head of public relations Nondumiso Mabece told TshisaLIVE that the decision was not motivated by finances, but by their desire to remain relevant to their viewers.

"The answer is no! We are making a number of local shows and licensing a number of international shows to provide a good viewing experience for our viewers. Vuzu AMP as with other channels constantly re-evaluates our content on a continuous basis to ensure that it remains relevant to viewers. V-Entertainment has been on-air for a number of years and has gone through a number of improvements in order to remain relevant," she said.

An announcement will be made regarding the future of the show.

As for the future of the cast and crew of V-Entertainment, M-Net said that the brand would look to create opportunities to work with them again.

"The talent we worked with on V-Entertainment have contributed greatly to the program. We believe there are opportunities for the brand to work with them in future," she said.

Rapper Cassper Nyovest has added an ultra-luxurious R10 million house to his already impressive list of assets.  The Tito Mboweni  hitmaker took to ...
TshisaLIVE
4 years ago

Mi Casa hosted a few friends and family at their private listening session ahead of the release of their new album Familia at J' Somethings swanky ...
TshisaLIVE
4 years ago

Tennis star Serena Williams who is on the cover of Vanity Fair's August edition has opened up about her pregnancy.   The tennis champion who posed ...
TshisaLIVE
4 years ago