Bassie has nothing but praise for Somizi 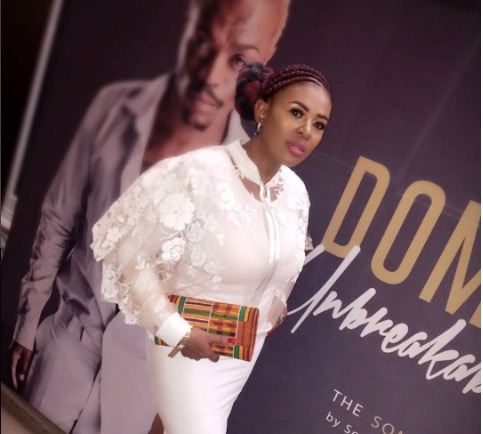 Basetsana Kumalo is brimming with pride over Somizi's rise to stardom.

Bassie and Somizi go all the way back to when they were still spring chickens.

Ahead of the launch of Somizi's memoir, Dominoes: Unbreakable Spirit earlier this week Bassie had nothing but love for her friend.

"Congratulations and well done my rockstar friend. You give others the right to believe in their dreams, you my friend broke the mould and then you re-built it with your own specs......wooooosheeeeem uyaROCKA," she said.

Bassie added that it was an absolute honour to have penned the foreword in Somizi's book.

She also said that this was Somizi's time to shine. "It is your time to bask in the beautiful warm sunrays that God has bestowed upon you. Shine on sunshine," she added.

My friend is an author, wena umngane wakho wenzani?Jokes aside though...I have known you since we were in our 20's, and what a singular privilege it is that you asked me to pen your Foreword...most of what I needed to say to you is in that tribute to you. Congratulations and well done my ROCKSTAR friend. You give others the right to believe in their dreams, you my friend broke the mould and then you re-built it with your own specs......wooooosheeeeem uyaROCKA. Bakuyeke....uhamba wedwa....master of your own orchetra, keep conducting, keep singing, keep performing, continue to flourish, continue to prosper, continue being great. It is your time to bask in the beautiful warm sunrays that God has bestowed upon you. Shine on sunshine. As we launch your book, Dominoes by @somizi this evening, I am reminded of the words of Marianne Williamson: "Our deepest fear is that we are powerful beyond measure. It is our light, not our darkness that most frightens us. We ask ourselves, 'Who am I to be brilliant, gorgeous, talented, fabulous?' Actually, who are you not to be? You are a child of God. Your playing small does not serve the world. There is nothing enlightened about shrinking so that other people won't feel insecure around you. We are all meant to shine, as children do. We were born to make manifest the glory of God that is within us. It's not just in some of us; it's in everyone. And as we let our own light shine, we unconsciously give other people permission to do the same. As we are liberated from our own fear, our presence automatically liberates others." Congratulations Bazala!!!!

Rapper Cassper Nyovest has added an ultra-luxurious R10 million house to his already impressive list of assets.  The Tito Mboweni  hitmaker took to ...
TshisaLIVE
5 years ago

Mi Casa hosted a few friends and family at their private listening session ahead of the release of their new album Familia at J' Somethings swanky ...
TshisaLIVE
5 years ago

Tennis star Serena Williams who is on the cover of Vanity Fair's August edition has opened up about her pregnancy.   The tennis champion who posed ...
TshisaLIVE
5 years ago