Cassper was 'furious' over the 'Papa Penny's son' reports 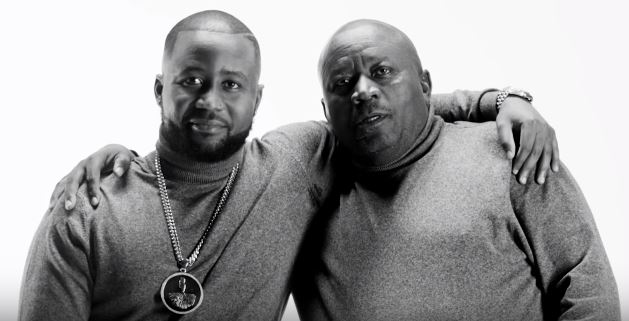 Cassper (seen here with his father) says he was furious after report claimed that Penny Penny is his father.
Image: Via YouTube

Rapper Cassper Nyovest has once again revisited his feelings over how the reports that claimed Papa Penny was his father affected him and his family.

Speaking to talk show host Anele on Real Talk with Anele, Cassper explained the seriousness of the issue after the reports emerged.

“You know that thing was actually really serious for me. I don’t care what the media says about me but they involved my mom and my dad. The reports claimed that Penny Penny slept with my mom at a hotel. It was a hectic story,” he said.

He explained that his parents and family are respected in his hood and have had that status even before he became Cassper Nyovest.

The rapper reiterated that he was angered by the reports and even took legal action against Penny Penny and the publication.

“They involved my parents, and they are not part of all of this, they are not famous. So it made me angry and it was taken to court. Penny and the magazine had to apologise because it was defamation of character. We had to sue. It was really serious. The media can say anything about me because I’ve grown a thick skin but not my parents,” he said.

Watch the rest of the video here:

While many of us were still snoozing the alarm or brushing our teeth, US music megastar Jay Z was snatching the internet.
TshisaLIVE
5 years ago

Rapper Cassper Nyovest has once again shaded radio stations, claiming that they were run by record label bosses who are out of touch with what people ...
TshisaLIVE
5 years ago

Twitter reacted with mixed emotions as radio personality Redi Tlhabi hosted her last show on 702, which aired on Thursday afternoon. After 12 years ...
TshisaLIVE
5 years ago