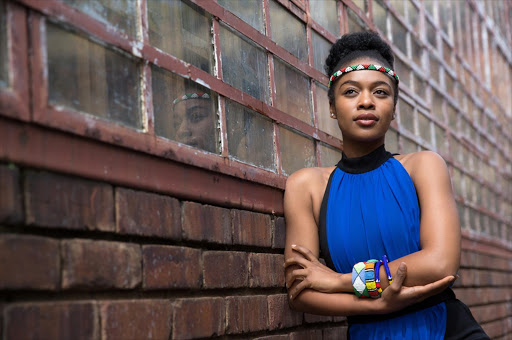 Less than a week after lighting up screens as the co-host of the BET International Awards ceremony in Los Angeles, Nomzamo once again dazzled American audiences when she hosted the prestigious Essence Music Festival this past weekend.

The festival, held in New Orleans, Louisiana, is one of the world's leading lifestyle events and draws thousands of fans each year. It featured performances by US megastars Diana Ross, Mary J. Blige, Chance The Rapper, Solange and John Legend.

Nomzamo said that she was honoured to represent South Africa at the event.

"I am excited to not only be experiencing the Essence Music Festival in its home ground, New Orleans, but also to be working at this event with such a rich culture. Like always, I will be giving it a special African flair," she said, ahead of the event.

Besides her superb presenting skills, Nomzamo's dress sense has also won over fashion critics across the world, making it onto the best-dressed list of several well-known fashion critics for her African-inspired BET outfit.

@brittj_mua Your make up skills are INCREDIBLE! @kimbonset2 My hair was a CROWN! Thank you to Daily Mail UK for the love and appreciation! WE WIN!!!✊🏾 #BETAwards

UK publication Daily Mail said that the star "made a statement" with her dress, while US fashion and lifestyle blog 21ninety said that she "stunned" audiences with her look.

While Nomzamo may be bowling international fans and critics over, she is still proudly South African at heart and wants the world to see more of Africa's melting pot of cultures.

Speaking to TshisaLIVE about her future plans, Nomzamo said that instead of moving to America, she hoped to bring American audiences to South Africa.

"We have so much talent in South Africa, and Africa. It is time that we expose that to the world and bring them into our circle and show them what we have," she said.

Twitter reacted with mixed emotions as radio personality Redi Tlhabi hosted her last show on 702, which aired on Thursday afternoon. After 12 years ...
TshisaLIVE
5 years ago

I don't co-parent with Tbo Touch but with Thabo, says Thuli Thabethe

Thuli Thabethe has revealed that her biggest blessing is her son Ruri, who she shares   with radio personality Tbo Touch. Even though they are no ...
TshisaLIVE
5 years ago

M-Net has poured cold water on speculation that its decision to take Vuzu's entertainment show V-Entertainment off-air has been driven by financial ...
TshisaLIVE
5 years ago