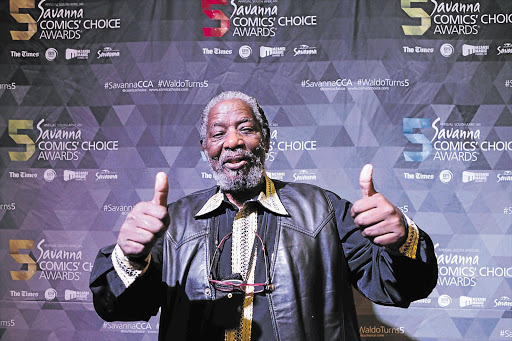 The prestigious Durban International Film Festival kicks off next week and will feature a heart-wrenching tribute to late acting legend Joe Mafela.

Joe, who died in a car crash in March, will be remembered through a ceremony that will include the screening of the film Retribution, a small moment of silence and a word on what Joe meant to the South African film industry.

The 2011 award-winning thriller, starred Joe and was described by the festival's organisers as the "defining moment" for the actor.

"He (Joe) had previously always been known to most South Africans as a comedic giant, however in this film Joe took on a strong dramatic role and put in a good performance. We have decided on the film, and will be inviting members of the film to attend," the festival's spokesperson Noluthando Lamula told TshisaLIVE.

The film's director Michael Mukunda Dewil saidt he was honoured to have the film pay tribute to Joe.

“It (Retribution) was very well-received and that was due to Joe Mafela and Jeremy Crutchley. I was very impressed with Joe, because he was a comedic actor by nature and I had him in a rare heavily dramatic role. He was extraordinary and he had great range as an actor, which is quite something. I’m blessed to have worked with an actor of that calibre,” Michael said.

Joe stole the hearts of many with his roles in Generations, Isibaya, Madam and Eve and 'Sgudi 'Snaysi. Noluthando said his legacy would always be remembered in Durban.

"Joe Mafela has been crucial to the South African film and television industry in Durban. I think you could tell that from the outpouring of love and support at his time of passing. His wide range of acting roles on different mediums has left a lasting legacy in the memories of South Africans," she added.