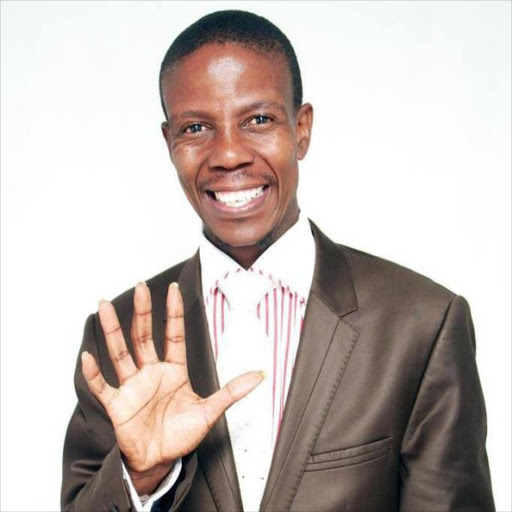 Pastor Mboro is fuming over claims that he visited hell.
Image: Via Incredible Happenings Facebook

Clergyman Paseka Motsoeneng, popularly known as Pastor Mboro is spitting fire over claims that he went to "hell and killed Satan".

The religious leader found himself hogging headlines for all the wrong reasons yet again this week after a Facebook post shared from his account went viral.

The post included details of Mboro's alleged visit to hell. "When I got to hell, there was a queue of millions of people waiting to be braaied by Satan. I even saw some prominent South African politicians," the post apparently read.

Speaking exclusively to TshisaLIVE Mboro came out guns blazing against the claims and labelled it another smear campaign against him.

The religious leader further claimed that his Facebook account was hacked and that he has reported the matter.

"They have a nerve to write lies about me because my name is trending, I perform miracles and celebrities come to my church. Now they want to drag my good name in the mud," he added.

This is not the first time the clergyman found himself at the centre of controversy. Last year a post of Mboro claiming to have visited heaven also went viral. At the time it was reported that Mboro later rubbished the claims, and that he was 'selling heaven pictures' for R5000.

Mboro said people should bring proof that he went to heaven and sold pictures.

"Where is the  proof of the picture of heaven that I sold? Proof of killing satan? If anyone can bring that proof to me, I can sell everything that I have and give it to that person," he added.

Nomzamo is speeding towards global stardom faster than the Gautrain between Joburg and Pretoria and recently sealed a massive deal with international ...
TshisaLIVE
4 years ago

After four years behind bars rapper Jub Jub has admitted that he wasn't sure what 'swag' meant anymore and his queen had to help him out. Speaking to ...
TshisaLIVE
4 years ago

Zahara is passionate about empowering Maskandi artists by including more elements of the genre in her upcoming album. The Loliwe hitmaker told ...
TshisaLIVE
4 years ago