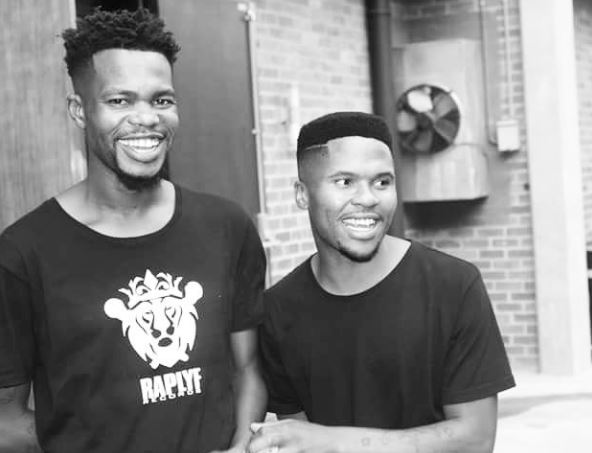 After being seen everywhere with Kwesta, rapping duo TLT are on a mission to prove that they have what it thrive in the rap game just as their mentor has.

Speaking to TshisaLIVE TLT revealed that they had grand plans for South African hip-hop lovers. They also want to be known as more than "the guys that are always with Kwesta".

“Most people always see us with Kwesta. He put us on and we’re forever grateful but we want to show people that we are more than just Kwesta’s hype men. We are the number one hip-hop duo to look out for,” they said.

TLT, which is an acronym for Timeless Talent, consists of two young men Phethego Makanyane and Vusi Rantlha who have always known that they are meant to make music.

After a long hustle and countless rounds rapping in the streets, Phethego and Vusi befriended Kwesta, who recognised their talent and helped launch their career.

Kwesta featured the duo on his song Mmino, took them along on his Metro FM Music Awards promo tour back in 2013/2014 and the pair released a song called Chankura.

Phethego told TshisaLIVE that the decision to step out from Kwesta’s "shadow" is intentional on their part.

"We want to establish ourselves as a brand that people will eventually see as a force to be reckoned with," they said.

The boys are currently in studio cooking up new music for their upcoming album, which they hope to drop later this year.

Skolopad's manager has revealed shocking details of how he has been left disgusted by requests from people to book the musician and internet ...
TshisaLIVE
5 years ago

Somizi Mhlongo has recounted how he was once hauled in by the taxman and given a bill of R3.4 million.
TshisaLIVE
5 years ago