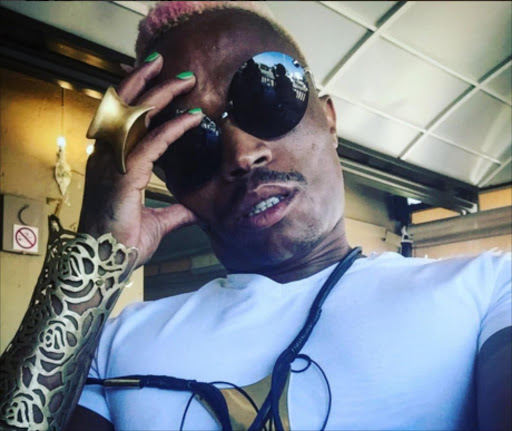 Somizi was the talk of Twitter on Wednesday when the second season of his hit reality show came to an end.
Image: Somizi via Instagram

The second season of Somizi's popular reality show, Living the Dream with Somizi, drew to a close on Wednesday night with more emotion than a Kardashian's feud.

While Somizi was centre of attention with his private jet life and valuable advice to singer Babes Wodumo, his mother stole the show with her hilarious comments and happy nature.

Fans of the show, as always, took to Twitter to share their reaction through memes and jokes.

Somizi mother is my heart. ❤❤❤❤ #LTDWSomizi

Who's mother is that? Please own up.
Love her. #LTDWSomizi pic.twitter.com/vDHXeTOjtU

Perhaps one of the most touching moments of the season was born when Somizi ended the show with a powerful sermon, including the encouragement to always "slay in your lane".

I have just fallen inlove with @somizi even more after watching tonights episode.."Slay in your la e"#LTDWSomizi pic.twitter.com/MhkChMMaOe

Humbled by the support for his reality show, Somizi took to Twitter to thank fans.

Tonight is the last ep of #ltdwsomizi season 2. what an amazing experience sharing my space with u. thank u for the love @Mzansimagic

While most fans were more concerned with when the show would be returning for a third season.

#LTDWSomizi great season finale.. Please don't be long with the next season.. ❤❤ @somizi love you continue being such a great inspiration

#LTDWSomizi so sad that it was the last episode. Till the next one. pic.twitter.com/FNr0UY202H

@Mzansimagic the sanity of this country depends on S3 of #LTDWSomizi we a in a rough place and really need this 😩 pic.twitter.com/zvho09vAYy

Zahara and her fiancé DJ Amaza Ntshanga have reportedly called it quits after a five-year relationship.
TshisaLIVE
4 years ago